TLC’S Welcome to Plathville Spoilers: Here’s What You Need To Know! 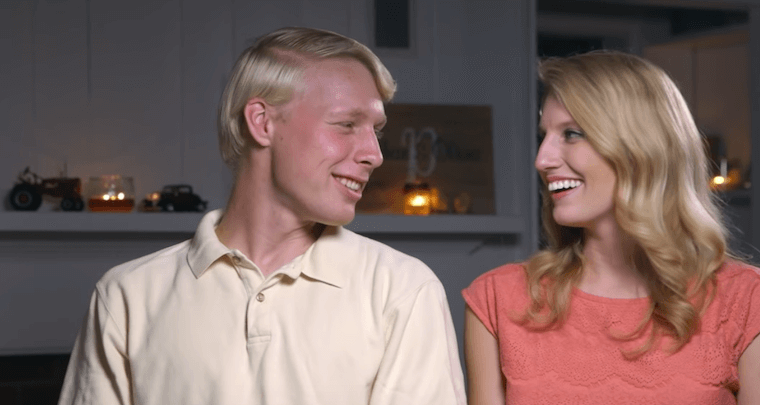 Welcome to Plathville Spoilers is asking if you have ever wondered what life was like for those kids in the opening of Mean Girls? You know, the ones the said God created the rifle to fight the dinosaurs? Well, if you watch “Welcome to Plathville” you might get a feel for that, however the members of the Plath family are significantly less militant. (Thank God.) They have this whole ‘no sugar, no preservatives, made with 100% healthy granola, now with 20% more christianity!’ vibe going on. There’s nothing inherently wrong with this lifestyle but it does raise a few eyebrows. Like… how did they get here?

TLC’S Welcome to Plathville Spoilers: Here’s What You Need To Know!

Both Mama Plath (Kim) and Papa Plath (Barry) have admitted to having grown up in normal, not so conservative households. This has given way to some severe reservations on certain substances, namely alcohol, that was inspired by Kim’s own Mother being an alcoholic which is a stance that can be respected. Having a family member who is an addict can forever color and change your view on any kind of substance, I don’t fault Kim for wanting better for her family at all.

But did she have to lean so far to the right? I mean, I can see the stance on alcohol, truly. I have similar reservations myself. But sugar too? This has caused some tension between her and her oldest son, Ethan, who is already 21 and married with his own house (seriously, who has that kind of money at 21?!), his wife, Olivia has acquainted him with Margaritas and wine and other alcoholic beverages and let me just say the boy cannot stop smiling. I don’t know what sort of inner fountain of happiness he has but can we just bottle that? Because I know about several billion people who would give anything to be that happy all the time, and Ethan is. Wow!

What got me is that Ethan was 21 before he had his first sip of Coke… are you kidding me? To quote Papa Plath, “Isn’t that wild?!” yeah dude, it really is. That boggles the mind. If South Georgia is anything like where I grew up, then chances are you have convenience stores and in these convenience stores are all sorts of candy and sweets – did these kids not go to the grocery store with their parents? Did they not throw screaming fits for candy and soda like the other kids their age? Attitude-wise these people seem to have drifted in from about 60 years ago and maybe that’s why them and their kids seem to be so happy – they just left the time warp and are being brought into the 21st century.

Besides Ethan, there is another outlier in the Plath family, and that is 16 year old Moriah. Moriah is a jean-wearing sinner who likes ‘listening to music and doing her makeup’, according to her sisters. She seems to be the most ‘worldly’ out of the Plaths, and whereas Ethan just seems to be happily bumbling through these worldly experiences, Moriah seems to have some actual goals in mind. Whatever they may be, I’m not sure, but one thing’s for sure, this girl craves independence and if she were just by herself in that household living with the Plaths I’d say that she had no chance of that ever happening until Prince Charming came along, but Moriah has an ally, and that ally is sis-in-law Olivia.

Olivia grew up in homeschool culture just like hubby, Ethan, but her experience seems to be far less conservative than Ethan’s was. She has her own business as a wedding photographer and she seems to have taken it upon herself to bring Ethan and arguably the rest of the Plath children into the 21st century and to that I say, brava! I root for Olivia, she’s probably the most patient person I have seen and she makes a good big sister and role model for Moriah. Although, Mama Plath, AKA, Kim, would probably disagree with me there. She originally told Ethan not to pursue this girl romantically because she was “too rebellious and too worldly” which makes me wonder what on earth she would consider perfect if wearing jeans, watching TV, drinking soda and having the occasional glass of wine is considered sinning.

Mama Plath’s own courtship with Papa Plath didn’t really seem all that romantic. In fact Papa Plath said that they were ‘just friends’ at first, which, okay fair, relationships like that can work, but the way it was described by her was just mildly alarming. Apparently he called her up one day and delivered a sales pitch of, “I’m here to talk about our future together!” Kim said that was ‘marriage talk’, I don’t know about any of you guys but even when I was a home schooled teenager, if some guy had called me up and delivered that speech I would have ran for the hills! I mean, was there any romance involved or was it just like a business transaction? I guess we’ll find out more as the series progresses.

Moriah’s ultimate goal is to go to California with Olivia for a wedding that Olivia is going to shoot. Mama Plath doesn’t really want to let her go because she’s only 16 and it would be her first time on a plane without them but Moriah desperately wants (and needs) some independence! And it would just be for a week, come on, Mom! The excuse she’s giving Moriah for this is that she’s behind in her schoolwork, but Moriah insists that it’s not all of her schoolwork that she’s behind in, rather, just the book reports because she hates reading. She also admitted that Mama Plath gave her extra work, wonder what that was about, hm?

But in reality both of her parents are afraid of what she will be exposed to in California, San Francisco to be exact. Now, Barry says that he’s afraid of homeless people but I kind of highly doubt that this would happen at the wedding that Olivia is shooting. She might see some on the street of the hotel that they’re staying at, but even so, what harm is that going to do? Simply seieng a homeless person isn’t going to scar a child for life, especially not one who is 16. Sure, she might question why they’re out there, feel sympathy for them, and it may make a lasting impression on her, but one would hope that it would ultimately make her more sympathetic to the human plight.

Kim’s fears are slightly more realistic, she fears human trafficking. Again, I highly doubt that Moriah would run into anyone of the human trafficker variety at the wedding that Olivia is supposed to shoot. However, Mama’s fears may not be all that off-base. Moriah is a very pretty young girl and let’s face it, she was raised like veal, so while Olivia might not lead her into any temptation there’s always the internet. She even said that now that she has a phone and could research things, that she was surprised about the things that she didn’t know about.

But why isn’t she worried about 18 year old Mike, didn’t he get an offer for modeling? And often, that’s how human trafficking starts, modeling ‘jobs’. I’m not saying that you can’t get legitimately hired by random people that approach you on the street, but sometimes it can be a scam and while Moriah may have the where withall to research an offer before she went through with things, Mike doesn’t really seem like the researching type. In fact, he doesn’t seem to question much at all, he just kind of stands there, does manual labor and looks really pretty.

Speaking of looks, can we just talk about how there doesn’t seem to be a natural brunette in this entire family? In fact, I don’t think there’s been one for several generations. Everyone in this family looks like they could be descended from Queen Elsa, which I thought only happened in Fairy Tales, but if you really want that look, then apparently there is something in the water in South Georgia. That is some smooth, consistent, creamy vanilla, let me just say.

But ultimately what Barry and Kim need to do is take a step back and realize that the world, while not as wholesome as they may want it to be, is not the swirling pit of sin that they make it out to be either. They don’t need to shelter their kids to the point of not knowing pop culture at all, as the good book says, everything in moderation… exposure to the world never hurt anybody. After all, it didn’t kill them, so what’s wrong with letting their kids experience a little worldly fun? Nothing. Can Mama and Papa Plath learn to let their fledgelings spread their wings? Stay tuned!!!

‘Bold and the Beautiful’ Spoilers: Vincent Irizarry Tells All About His Soap Opera Career

‘Bold and the Beautiful’ Spoilers: Is Brooke Getting Back With Bill After Ridge Consummates Steamy Affair With Shauna?