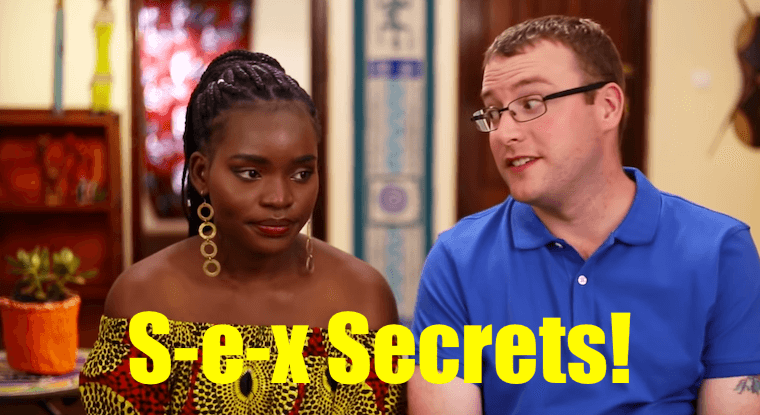 90 Day Fiancé Spoilers for Before the 90 Days have a lot to share when it comes to secrets . If you watched Akinyi Obala and Benjamin Taylor on the show, season three, you know that they are a very interesting couple. Now Obala is coming out and telling all about the secrets that she has been keeping from Benjamin. We have even heard that she may be using him for money.

When we begin to date a new person, we try to keep some things to ourselves, but there are some secrets that you do want to tell someone…especially if you want to marry them. That is why it comes as a shock that Obala is now ready to reveal some sex secrets of her own. According to Obala, this secret is something that she hasn’t told Taylor yet.

It all happened on Tuesday and on her Instagram account. She posted some questions and answers for her fans and you will be shocked at what some of them asked her. One of her followers asked her, “Would you be curious to try it with a female?” Her response was quite shocking! “I was. I did. I’m straight.” Another follower asked her, “How does your husband feel about you being with a woman in your past?” Her answer was, “I honestly don’t know. I don’t remember telling him either. So I’ll probably get to know today.”

Well this was probably a crazy way to learn more secrets about his wife, but Obala was very open to her followers about her past relationships. It may put Taylor in a funny position because he is a very conservative Christian. Who knows just what he has experienced in his own world, we can bet that it isn’t a same-sex relationship!

These two met on a dating app and Taylor was married once before. He has a son with his previous wife. Taylor thought that Obala was catfishing him when he first met her, but after some video chats and talking on the phone, he realized that he was in love with her. The couple has been on the tell-all of the show and they both seem happy together. They are still waiting for Akinyi’s K-1 visa to be approved and she still wants to move to the United States to be with Benjamin. We are not sure what he thinks of her new and possibly shocking, sex secret! Perhaps it can just add a little more spark into their relationship or could it ruin it?