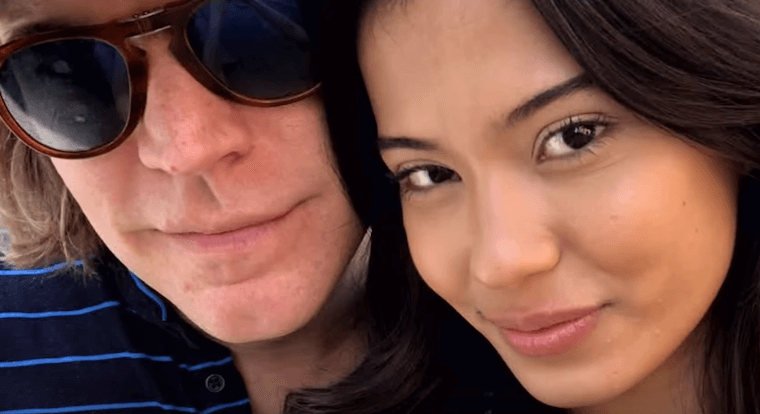 90 Day Fiancé spoilers find that, on season seven, we met Michael who is engaged to Juliana. Michael lives in Connecticut and Juliana is from Brazil. Michael Jessen and Juliana de Sousa have quite the age difference. She is 23 and he is in his forties, but the two of them met when she was only 20! His children are having some trouble coming to terms with the fact that they may have a 23-year-old step mom soon!

90 Day Fiancé Spoilers: The Judgment of the Relationship

Michael is over the moon in love with Juliana and he said that many people have been passing judgment on the love that they share. He said, “They may think I’m just an old sleazy rich guy after a young, hot woman. It doesn’t bother me at all. I don’t really care. “ He would move to Brazil to be with her, but his two children need to have their dad nearby.

On Sunday’s episode, his children spoke out about their father’s choices to love this much younger woman. His children, Max and CeCe spoke open and honestly about their father. Max told his father that it was super strange because Juliana is actually closer to Max’s age than Michael! CeCe didn’t even think that it was as serious as it is and never thought that her dad would marry Juliana.

On the show, Michael’s ex-wife was also there to share what was on her mind. She is concerned that Juliana has no idea how to raise children or be a stepmother. She even mentioned that they probably won’t listen to her because of how close in age they are!

90 Day Fiancé Spoilers: A New Rumor on the Horizon

For those who tuned in on Sunday night, you already know that Juliana’s visa did get denied. She was listed as coming to America for “nefarious reasons” and there are some crazy rumors going around about her. One of these rumors is that she has worked in the sex industry in Brazil and this is why she is being questioned about prostitution. Michael has spoken up quite a bit about this subject and says that no matter what people think, she is not or has never been a sex worker!

We don’t know what will happen next with these two, but one thing we are excited about is seeing her with his children! This is going to be an interesting combination to see and we hope to see more this Sunday on 90 Day Fiancé.

TLC ’90 Day Fiancé: The Other Way’ Spoilers – Tim and Melyza: Some…