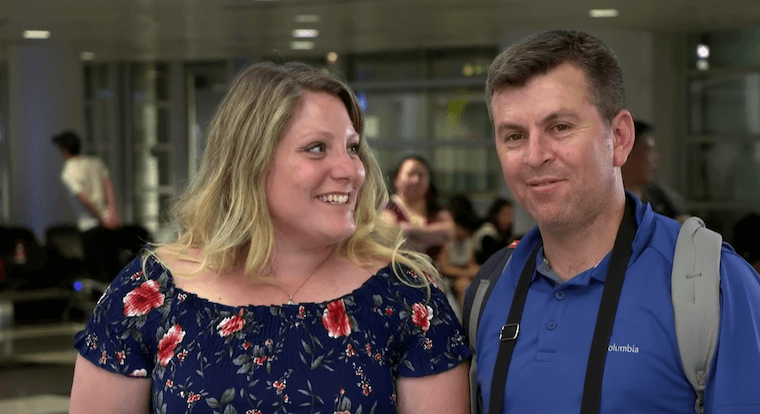 90 Day Fiancé Spoilers is saying that last Sunday, we saw a brand new season . Season seven has started with a bang and as the weekend gets closer to us now, we wanted to share some of our favorite moments. The couples surprised us a bit, but we are happy to share with you the standouts!

First and foremost, we can’t skip over Emily and Sasha. One of the most memorable parts of the first episode is Emily talking about their relationship. Her infamous quote, “I am going to be Sasha’s third wife and this is his third child with another woman, but we’re going to last.” As she said this on the show, she is very pregnant! Actually, according to 90 Day Fiancé sources, she is due very soon. Will these two make it or will she really be his third baby mama with no ring on her finger?

Let’s talk about Michael. Did he have to drive up on the show in his Porsche? He does seem a little sleazy to some fans of the show and others are not quite sure what a beautiful, 23-year old model would see in him. In fact, there was one scene in the show that he held up a bottle of wine from 1996. He said, “it’s her birth year” as he opened it up. Clearly, he knows class!

Then there’s Anna and Mursel. These two met through an online beekeeper website. These two are pretty adorable and they both have their own sense of style and awkwardness to them. We think that’s why they work so well. There is a huge language barrier because Mursel’s English is not that great. (He’s from Turkey.) There are already secrets between the two of them though and that could be a huge sign that they are not meant to be.

The biggest red flag of them all came from Tania and Sygin. They had a huge fight over a prenuptial agreement, and then Tania busted out saying, “I don’t have that full soul mate feeling.” Um…This happened in the first few minutes of the show airing. Could this be our first couple to call it quits?We are thrilled about what the second episode holds and all we know is that if these red flags keep showing themselves, we’re going to see some sparks fly! Be sure to tune in this Sunday on TLC for the second episode of 90 Day Fiancé.

‘Bold and the Beautiful’ Spoilers: Vincent Irizarry Tells All About His Soap Opera Career