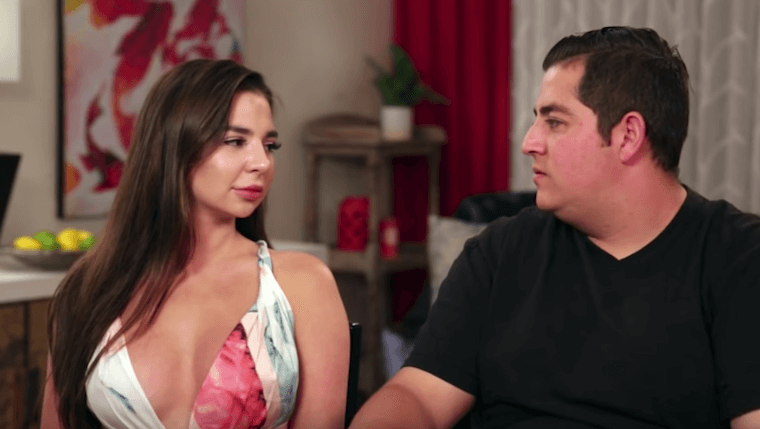 90 Day Fiancé spoilers finds that one of the fan favorites of season four, Jorge Nava, has been arrested and sent to prison! He’s actually been in prison for over two years now for drug possession. Fans are shocked and are concerned about what is next for him and his wife, Anfisa Nava. We have all of the info that you need to see what truly happened to him!

New pictures have surfaced of Nava from prison. He has been working out and looks like a whole new man! It’s not just Jorge that has been losing weight though. His wife, Anfisa, has also been showing off how much she has been working out and trying to get her weight down too. She has her own You Tube channel that has quite a few followers and they have been watching her lose weight and keep up with her life while Jorge is in prison.

If you haven’t been following the case, Jorge was arrested for possession of drugs with intent to distribute. There were 293 pounds of high-grade marijuana in his trunk when he was arrested! He is in the Arizona Department of Corrections currently. When he went into prison, he weighed 275 pounds. Now it looks as if he has lost at least a hundred pounds!

When Jorge was on season four of 90 Day Fiancé, he married his now wife, Anfisa. She is a model from Russia and the two of them met through Facebook. While Jorge has been in prison, Anfisa has turned to working out and exercise. She is even competing at some muscle building competitions. On her You Tube channel, Anfisa has also told her fans that she is now in her second year at community college. She wants to be able to transfer to U.C. Irvine in the future as well.

She said, “I feel like I have no idea what I’m doing with my life. I’m just trying to pretend that I know what I’m doing. In reality, I have no idea. I’m not really made for this social media life. I want to share with you but at the same time, I don’t want to overshare…I’m a bit confused to be honest right now. I don’t know where my life is going.”

Whatever is next for Anfisa, we hope that she finds it soon. We know that she is sticking with Jorge for the time being and we will update fans when we know more about his latest prison sentence. We do know that legalization of marijuana is on the 2020 ballot for the state of Arizona. Perhaps this could cut down his sentence, until then, we wait and see.

TLC ’90 Day Fiancé: The Other Way’ Spoilers – Tim and Melyza: Some…

TLC ’90 Day Fiancé: The Other Way’ Spoilers – Kenneth Opens Up To…