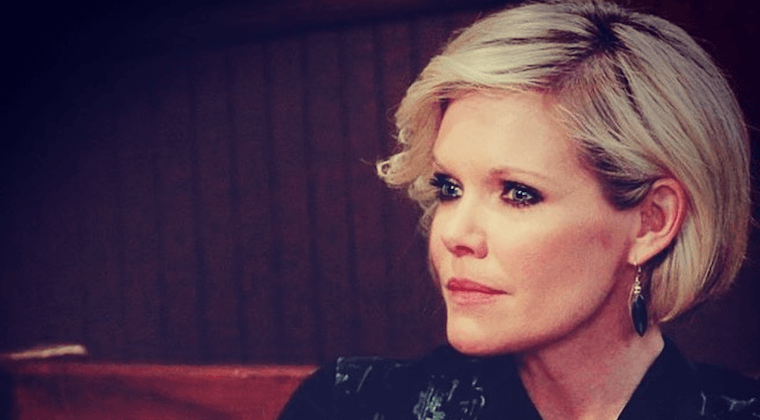 ‘General Hospital’ (GH) spoilers reveal that Ava Jerome’s been in a bad place for a while. Recent episodes have made this even worse. While we made the case for Camila Banus (Gabi DiMera, ‘Days of Our Lives’) to win an Emmy at the next ceremony, we think Maura West’s portrayal of Ava Jerome is going to be tough competition.

Ava’s had a hard year. Since we started watching in late 2018, Ava has been dealing with the grief of her estranged daughter’s death. We also watched her cling to some normalcy in a relationship with Not-Kevin Collins (Jon Lindstrom), something she felt quite smug about. Apparently, she’s never been that popular. Being with a respected member of the community was a source of pride. Except it was a lie.

She soon found out that her supposed doctor man was his serial killer twin, Ryan Chamberlain (Lindstrom). The lie crushed her, and it hasn’t gotten better. Soon, he started sending letters that have only served to increase her pain and humiliation. Even, we believe, making her doubt her own superiority to him. She was also tormented with visions of Kiki Jerome (Hayley Erin), who was not very forgiving. And let’s not forget the hate comments from her Crimson piece. But the worst (and best) was yet to come.

In the Thursday, October 31st episode, she got an even bigger shock. The supposedly dead Nikolas Cassadine (Marcus Coloma) shows up at her gallery. However, thanks to her fainting spell and Nikolas’ resourcefulness, no evidence remained. Not even the security footage. Now Ava is doubting her own sanity. The recent episode where she checked herself into Shadybrook (as well as most of her recent work) has shown she’s a strong contender. The makeup artists deserve props, too. Ava looks like a woman completely undone and lost. Their work, and her performance, is selling Ava’s plight perfectly. And it’s setting us up for even better once she eventually learns the truth.