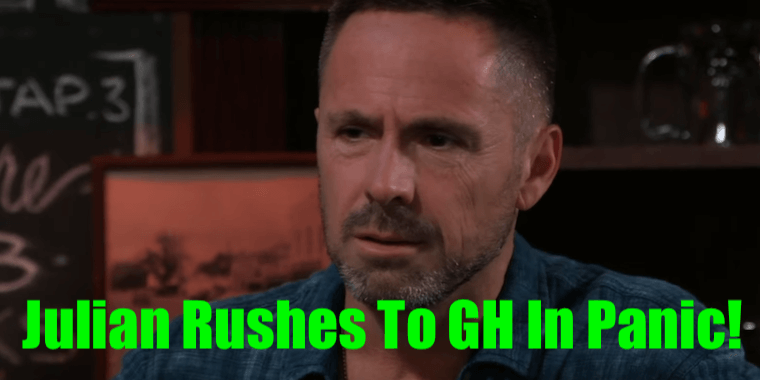 ‘General Hospital’ (GH) spoilers for Friday, November 8 is here. Charlotte Cassadine (Scarlett Fernandez) has dessert with Maxie Jones (Kirsten Storms) and Lulu Falconeri (Emme Rylan). What will these three ladies talk about? Jasper Jacks (Ingo Rademacher) has some things to talk about while Julian Jerome (William DeVry) heads straight to the hospital.

Not everything is going up very sweet in Port Charles these days, but at least these three women are taking time off from their dramatic everyday lives to catch up. Maxie and Lulu have a dessert date with little Charlotte, who is just as feisty as ever before. Yes, in order words that little girl has some major attitude, but seeing how her father Valentin Cassadine (James Patrick Stuart) is having a hard time getting his life together, we are not surprised at all.

Over at the very busy guest room at Pentonville, Nelle Benson (Chloe Lanier) just got a surprise visit from her lawyer, Martin Gray (Michael E Knight). There’s a good chance that he might be able to work his magic in order to get her out of prison. This is bad news for Brad Cooper (Parry Shen) as he has been doing everything he can to keep the peace between him and an unsuspecting Lucas Jones (Ryan Carnes), who has no idea that the baby they adopted actually belongs to Nelle. Sooner or later that little secret is going to come out, for sure.

Elsewhere, Jasper Jacks needs to talk with his ex, Carly Corinthos (Laura Wright). He is once again concerned about their daughter Josslyn Jacks (Eden McCoy) and the strange company that she has been keeping lately. And finally, Julian Jerome will have a reason to panic as he will soon rush to General Hospital. Could it be that his sister Ava Jerome (Maura West) is in danger? Or is it someone else? Either way, Julian is going to be on pins and needles during this episode! You won’t want to miss any of the action.