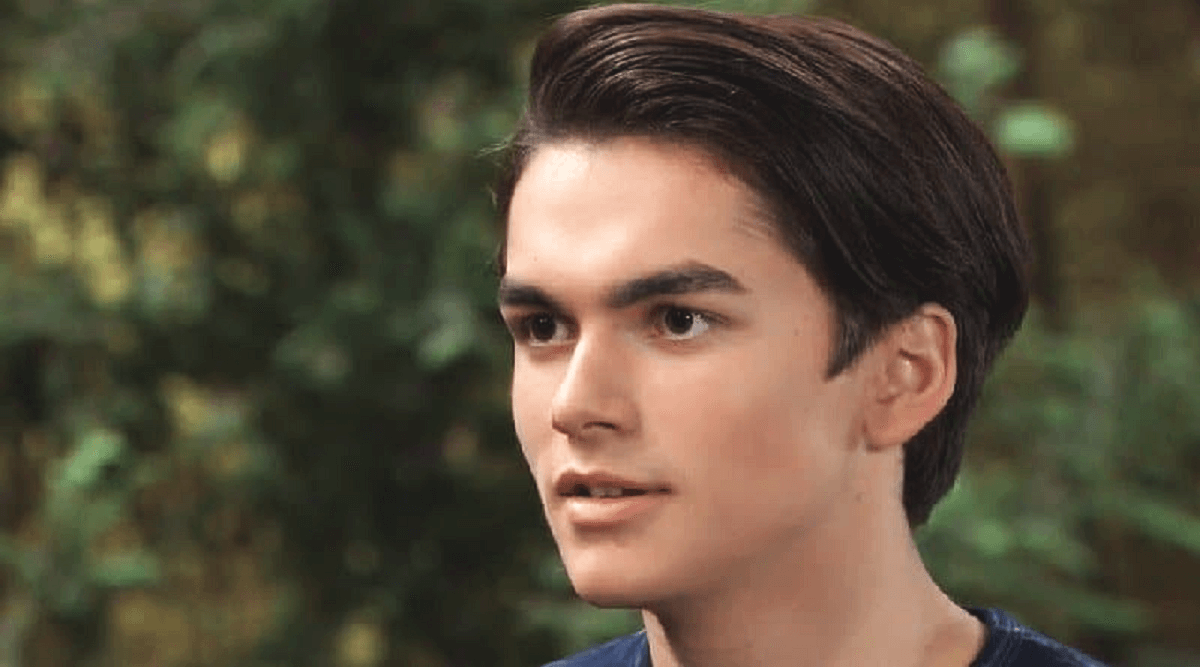 ‘General Hospital’ (GH) Spoilers for November 26th, 2019 indicate that Dustin Phillips (Mark Lawson) will be asking Lulu Spencer (Emme Rylan) about her plans for Thanksgiving. It’ll be a cute scene between the two. Chances are these two will be making plans to spend turkey day together. Holidays for the win!

‘General Hospital’ Spoilers:  Dev is in a jam

Poor Dev Cerci (Ashton Arbab) is stuck between a rock and  hard place. Now that his cover is blown by Trina Robinson (Sidney Mikayla) and Cameron Webber (William Lipton) and he’s been forced to admit that he’s not actually Sonny Corinthos’ (Maurice Bernard) cousin, Cameron’s really not going to let this go. Luckily for Dev, Josslyn Jacks (Eden McCoy) will be there to deflect Cam’s questions and hopefully help him out of a jam. She wants to help Dev out because she cares about him and wants to stop the truth from spreading any further than it already has. Good Joss.

Meanwhile, Dr. Neil Bryne (Joe Flanigan) will maintain his accusations against Kendra Lennon (Michelle Agyris), he believes wholeheartedly that Kendra poisoned Alexis. Alexis, however, is reluctant to believe him because she doesn’t believe that Kendra could possibly have any reason to poison her. What she doesn’t realize is just how right he really is.

He’ll suggest that they test one of the pills that Kendra gave Alexis, but this particular pill will end up being a harmless ginko-biloba pill instead of the rat poison that Alexis had previously been ingesting. What they don’t realize is, it’s the drink mix that’s poisoned and not the pills (because that would just be too easy), so while Neil has hit the nail on the head he’s going to have to search for the needle in the haystack for a bit longer before he hits the jackpot. (Let’s hope it’s not too late by then.)

‘General Hospital’ Spoilers: No time to waste for Jax

Jasper Jacks (Ingo Rademacher) and Laura Webber (Genie Francis) will have a discussion of ‘strategery’ in the case of the Helena Cassadine portrait. Jax says that they need to get word from Ava Jerome (Maura West) on what she knows about the portrait and what she actually did with it. Laura feels that right now the timing is bad because Ava’s first and foremost focus should be her mental health, but Jax will insist that the sooner they get this over with, the better.

‘General Hospital’ Spoilers: Should I stay or should I go?

Meanwhile, Valentin Cassadine (James Patrick Stuart) will be over at Wyndemere, on the phone with somebody stating that whoever his minion is, they know what they’re doing. Hayden Barnes (Rebecca Budig) will almost be abducted down at the pier, which she’ll be rattled by, but Nikolas Cassadine (Marcus Coloma) will assure her that he can help her out. Unfortunately, this will mean going into hiding and leaving behind her little girl, Violet Finn (Jophielle Love) to stay with Daddy, Dr. Hamilton Finn (Michael Easton). Will Hayden choose to skip town or stay behind with her little girl? Stay tuned!!!