‘Days of Our Lives’ spoilers: WIll Bonnie return?

‘Days of Our Lives’ (DOOL) spoilers reveal that Adrienne Kiriakis died during the missing year. If that wasn’t enough, we learned since the November 8th Time Jump that Will Horton was the one responsible. That leaves actress Judi Evans out after years of portraying the character. But is she really gone? Here’s what you need to know. 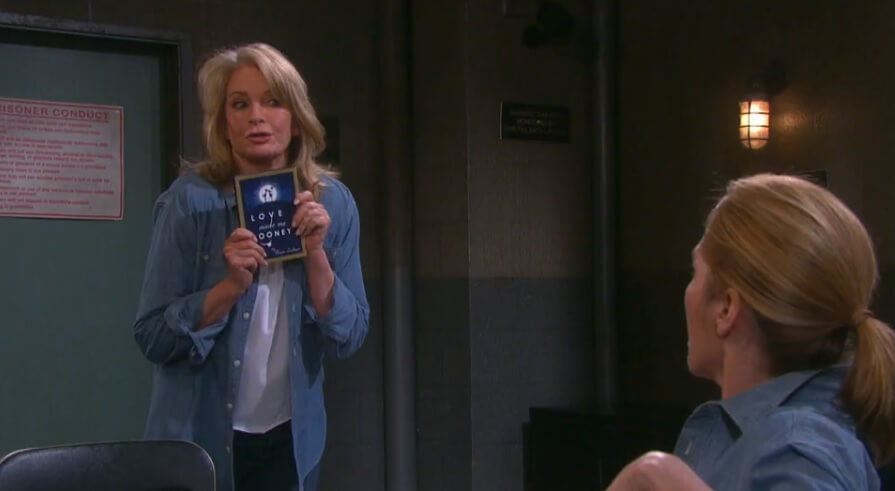 Adrienne Kiriakis, of course, isn’t Evans’ only character. ‘Days of Our Lives’ spoilers relate she’s got a double, Bonnie Lockhart. The last time we saw the character, she passed off her own granddaughter as her kid. She did this to get Lucas Horton (Bryan Dattilo) to help her cut a deal. Unfortunately for her, the plan fell through. Thanks to a lot of snooping and uncomfortable situations, the truth came out.

Later on, Hattie Adams (Deidre Hall), her buddy, convinced Bonnie to go back to prison and pay for her crimes. They would have a lot more fun being there together. She agrees, and the two haven’t been seen in a long time. The Time Jump changed that all.

‘Days of Our Lives’ spoilers: Hattie’s back

We know that Hattie is back in action. ‘Days of Our Lives’ spoilers reveal she’s now Eve Donovan’s (Kassie DePaiva) cellmate. During their scenes together, we learn that Bonnie has written a book in the missing year. Hattie’s reading it in their cell, and suggests Eve should do the same. Later on, we get more talk about that. So, what does this all mean?

‘Days of Our Lives’ spoilers: Return to Salem

Our money is on Bonnie returning sooner rather than later. It seems she’s already been released from jail if she’s got a book out. Writing and selling a book to a publisher is no fast and easy task. Sure, she could’ve been writing during her sentence, but the process of selling and getting a book to publication isn’t fast, either. There’s editing, photo shoots, and sometimes a long wait until the book is put on shelves.

We see two possible reasons that would bring her back to Salem. One, she could be there as part of a book tour. It’d make sense for the scene of the events in her book to be a stop. Of course, there’s always another possibility.

Since her look-alike is dead, she might be feeling the need to stop in town and catch up on happenings. With a little bit of trouble added in, we’re sure. She has to know she won’t get a good reception, but Days of Our Lives spoilers reveal that pride is not high on a villain’s list of priorities. Or the former villains. They can’t seem to get enough of being where they’re not welcome. So, what will happen? We’re going to have to tune in and find out.