‘Young and the Restless’ Spoilers Update: Billionaire Cane Knocked Out, Gets Kidnapped! 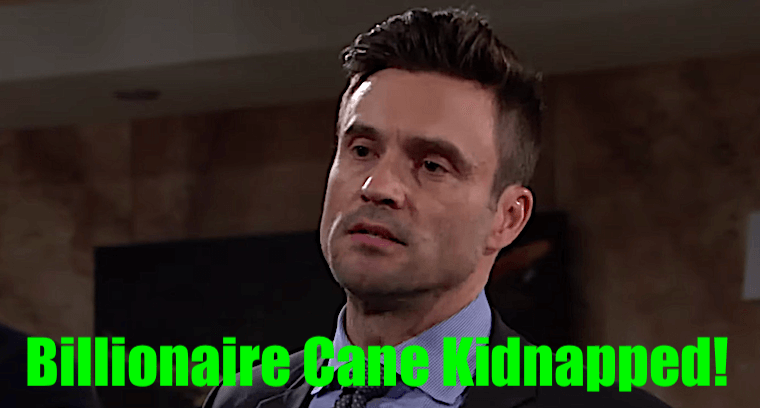 ‘Young and the Restless’ Spoilers: Victor gets an ultimatum

‘Young and the Restless’ Spoilers for Wednesday, October 9th, 2019 indicate that Victoria Newman (Amelia Heinle) will make it perfectly clear to Victor Newman (Eric Braeden) that she is not playing around. That no matter what he believes that she is fit enough to head Newman Enterprises, and today is the day that she’ll mach right on up to his office and tell him that. She thinks that she should be next in line to the proverbial Newman throne and will tell him that if he disagrees with her then its curtains for any sort of relationship between them. That won’t work though, because it looks like Victor is pretty dedicated to remaining CEO and sticking with his decision, even after she reveals what she’ll do! Oh well, guess at this point Victor feels like he has nothing to lose.

‘Young and the Restless’ Spoilers: Phyllis challenges Adam to a game of poker???

Adam Newman (Mark Grossman) will get an interesting challenge from Phyllis Summers (Michelle Stafford), a game of poker! What are the stakes? Well, definitely not money, that’s for sure. She tells him that unlike money, she has her eye on a much better prize. Now, this may be info on Chance Chancellor (John Driscoll) but it also may mean that she will get some to return to Genoa City. She wants to have Adam around so that he can help her plot, but even if she wins and he says that he’ll return, can she trust that? Jury’s still out on that one but it looks like some way, somehow, Adam Newman will find his way back to Genoa City.

‘Young and the Restless’ Spoilers: Cane gets kidnapped!

Cane Ashby (Daniel Goddard) will royally irk Phyllis by breaking up hers and Adam’s conversation but Phyllis is no fool, she’ll use this little opportunity to interrogate Cane about his motives. Why is he so insistent about speaking to Chance? But it looks like Cane won’t be guilty of revealing anything, not yet at least. In fact, their conversation may get interrupted by a text message from a person who Cane believes to be Chance. But it looks like that won’t be true because Cane’s going to find himself knocked out and kidnapped at the meeting spot – is Chance truly behind this or was this somebody different? Stay tuned!!!