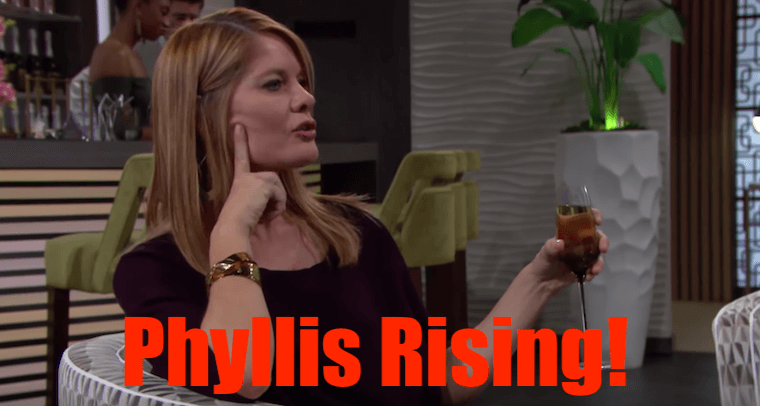 ‘Young and the Restless’ Spoilers: A tale of two CEO’s

‘Young and the Restless’ Spoilers for Tuesday, October 8th, 2019 indicate that Billy Abbott (Jason Thompson) and Kyle Abbott (Michael Mealor) have been expected to step up their respective roles in Jabot because Jack Abbott (Peter Bergman) is taking a step back in order to write the Abbott Family Memoir with Traci Abbott (Beth Maitland) and Jabot needs these two to work together for its best interests. Of course, they both jump at the chance to run Jabot jointly.

Each has run the company on their own, but never together before and it looks like they’re excited to be working together, but.. only one can have the coveted CEO office and that will be their beginning point of contention. Since they haven’t worked together before, neither really knows how the other one works this will probably be one hell of a ride.

‘Young and the Restless’ Spoilers: Three cheers for Phyllis!

Phyllis Summers (Michelle Stafford) will emerge victorious from a situation that she’s in. It may have something to do with her search for Adam Newman (Mark Grossman) or he growing interest in Caine Ashby (Daniel Goddard). She’s been interested in Cane’s search for Adam so if she scores some information on Cane, she may score some information on Adam as well and that will be especially fortunate for her.

Looks like she will find Adam and she’ll also surprise Caine by showing up in Las Vegas. She’s also intrigued by Adam’s relationship with Chance Chancellor (John Driscoll) so she may find some stuff on that as well.

‘Young and the Restless’ Spoilers: Phyllis confronts the doppelganger

Phyllis Summer will also have some harsh words of criticism for Amanda Sinclair (Mishael Morgan), since she is a dead-ringer for Hilary Hamilton (Mishael Morgan) and she and Phyllis were good friends, Phyllis will want to know just who in the world she thinks she is, coming to mess around in Genoa City while all of the people that knew Hilary are sitting their scratching their heads.

Phyllis will also stumble upon the knowledge that Amanda may just be in cahoots with Chance and it looks like that will be quite the spirited exchange indeed, bu will it actually happen or not? Stay tuned! For any other soap opera and entertainment news, please visit Daily Soap Dish.