‘Young and the Restless’ Spoilers: Is Amanda Playing Mind Games? All About Devon’s Unhealthy Obsession With Surreal Hilary Lookalike! 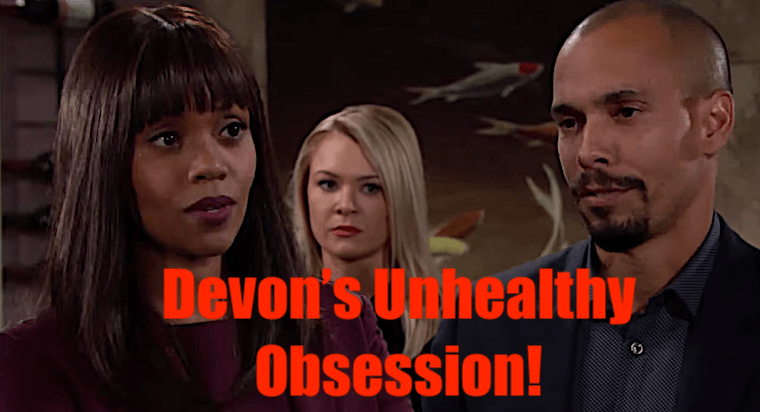 ‘Young and the Restless’ (Y&R) spoilers finds that things are going to continue to turn upside down for Devon Hamilton (Bryton James). Just when things were looking pretty good for Devon, he found out that Cane Ashby (Daniel Goddard) is about to become a very rich man thanks to Katherine Chancellor’s will. Also, his obsession with Amanda Sinclair (Mishael Morgan) is going to get more than just borderline creepy. Here’s what you need to know.

‘Young and the Restless’ Spoilers: All About Devon’s Unhealthy Obsession With Amanda/Hilary!

Devon Hamilton has had one of the hardest years on record. He lost his wife Hilary Curtis (also Mishael Morgan) and their unborn baby in a horrible accident. His sister Lilly Winters (Christel Khalil) was sent to jail for killing his wife. And just recently he found out that Cane Ashby is set to inherit Katherine Chancellor’s fortune. Could this be Cane’s revenge for Lilly’s imprisonment? That’s what a lot of fans can’t help but wonder.

If that weren’t enough, there’s new woman in Genoa City by the name of Amanda Sinclair, and yes she looks eerily similar to Hilary Curtis. In fact, she could pass off as her doppelganger. This is not good news for Devon, who was just getting over Hilary’s death and was about to move on in his life with Elena Dawson (Brytni Sarpy). In fact, Elena herself is pretty concerned about Devon’s behavior. That’s because he can’t seem to stay away from Amanda. He’s once again become obsessed and this time it’s with a person who looks like Hilary Curtis.

While Amanda herself is playing coy with all of the resemblance talk, this might also be her way of trying to hide the truth, too. Is she playing mind games with Devon Hamilton? Of course, fans will find out all about it soon enough!

‘Days of Our Lives’ Spoilers: Xander And Sarah’s Chemistry Off The Charts; What’s Next For Budding Romance?