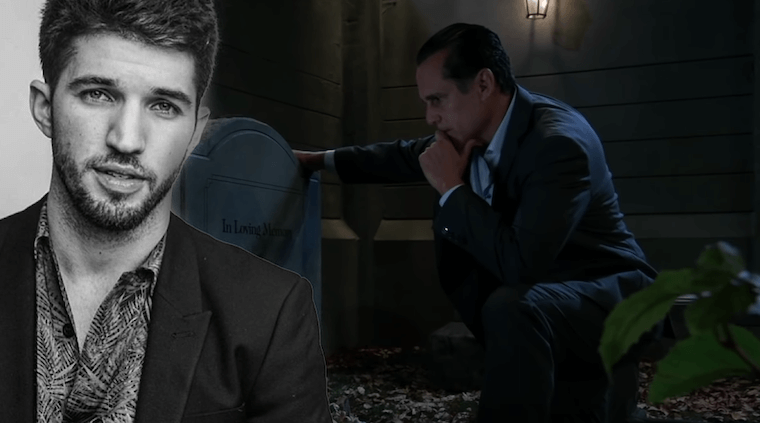 ‘General Hospital’ (GH) spoilers indicates that Nina Reeves (Cynthia Watros) is gullible, Liesl Obrecht (Kathleen Gati) is relieved, and Hayden Barnes (Rebecca Budig) gets a reality check. The Corinthos family is also missing Morgan Corinthos (Bryan Craig), while Jason Morgan (Steve Burton) is having a few regrets. If you missed it, let’s catch up on some ‘General Hospital’ spoilers.

Hayden is in a rush to get that codicil now that questions are starting. She figures that it’s only a matter of time before Hamilton Finn (Michael Easton) learns the truth about their child. She’s got a photo shopped picture of her with a dog now, but this isn’t going to hold things off long.

Once knowing the full situation, Jasper ‘Jax’ Jacks (Ingo Rademacher) gives Hayden a reality check. He thinks it’s a terrible thing for her to keep that kid away from her father. She’s taking time away that they’ll never get back, nor will she get the time back that she’s losing with her daughter. Time she’s spending pretending like this daughter doesn’t exist. It’s trouble.

As Jax and Hayden figured, it is just a matter of time. Actually, it’s happening now. While talking to Alexis Davis (Nancy Lee Grahn), he expresses doubts about the finger painting he’d found, as well as this dog named Honey bun. Alexis thinks that’s a bit of a cutesy name for Hayden to give a dog. Finn says he thinks Hayden was covering for a child—his child. Alexis believes that if he really thinks he has a child out there, he should confront Hayden about it. She also thinks that with something so big happening, he needs Anna Devane (Finola Hughes) there. He objects to that at first, as she’s busy with a job, but he eventually agrees with Alexis and leaves a message for Anna.

Meanwhile, Liesl and Peter August (Wes Ramsey) cross paths as she prepares to leave the country. He thinks she’s admitting guilt by doing that, but Liesl thinks he’d better worry about himself. Maxie Jones (Kirsten Storms) and her happiness is important to Liesl. She’s already seen what a lie can do to a relationship, and she doesn’t want to see Maxie hurt. She advises Peter to stay on the straight and narrow. If she finds out otherwise, she will make sure he will be exposed and lose everything.

Nina has returned to Wyndemere to have it out again with Valentin Cassadine (James Patrick Stuart). She wants to know what his part in all this really is, and why. Valentin tells her the truth about his motivations, and his learning her child actually survived and the search for Nina’s daughter. What he lies about is how this all went down.

He claims that it was the lawyer and Sasha Gilmore (Sofia Mattsson) that cooked this up. He, surprisingly, defends Sasha. He claims he believes that Sasha is a good-intentioned person. He thinks the lawyer is the real con, and made Sasha do it. Nina actually believes his innocence and asks him to stay in Port Charles.

Following his successful new con, Valentin is relieved. He doesn’t have to leave the country. What’s more, he won’t be in a battle with Lulu Spencer (Emme Rylan) over their daughter. He calls to share the good news with Liesl, who is relieved they’re in the clear.

It’s a hard day for the Corinthos family, as well as Jax. It’s the three-year anniversary of Morgan’s death. Sonny and Carly Corinthos (Maurice Bernard and Laura Wright) mark the occasion by visiting Morgan’s grave. They reminisce about how much Morgan loved Halloween and how he’d love his new sister.

Also struggling is Josslyn Jacks. She went to Morgan’s grave as well, only she went with Jax. They left flowers for him. When Joss gets home, though, she’s in a funk and ends up snapping at Dev Cerci (Ashton Arbab) about him planning to take the car. She says that’s how her brother died, then give him some grief. As is normal with them, she comes back to apologize for taking her pain out on him, as well as their friends. Cameron Webber (William Lipton) and Trina Robinson (Sydney Mikayla) were also there to witness this.

Finally, Sam McCall (Kelly Monaco) is heading to Pentonville. Jason is upset about this and feeling guilty. He thinks that the Feds are being hard on her because of him. Diane Miller (Carolyn Hennesy) thinks this is a bad situation, but it’s possible to win. Diane reminds him that they chose to live outside the law, and they have to deal with the fallout. Sam is determined to be strong until they can fix this situation. She begs Jason to make sure their kids know she loves them and that she’s not scared.