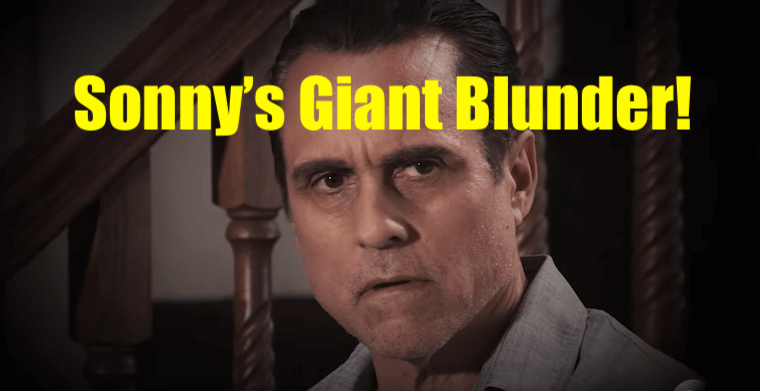 ‘General Hospital’ (GH) spoilers reveal that Sonny Corinthos (Maurice Bernard) and Jasper Jacks (Ingo Rademacher) got into it  over Dev Cerci (Ashton Arbab) living in the same house as Josslyn Jacks (Eden McCoy). He was furious to not get any type of warning about this, or even asked how he felt about the idea.

Of course, given their relationship, Sonny appears more annoyed by this than contrite and is kind of rude. He eventually gives an attitude-filled explanation for why he has this relative living in his house, but is this enough? Already, Jax has mentioned the possibility of Joss moving in with him, much to Carly Corinthos’ (Laura Wright) worry. She tells him they need to take a step back on adopting Dev.

Fans are left to wonder if Sonny will listen. He’s already shown a sort of casual attitude toward getting Carly’s approval, and he’s going completely against Diane Miller’s (Carolyn Hennesy) advice by even thinking of this adoption.

This could cause a lot of problems for Sonny and his organization. If Jax starts asking too many questions in the better interest of his daughter, this could lead to exposing Dev’s illegal entry to the country. Not something a guy like Sonny needs to happen.

‘General Hospital’ spoilers: Pride got before the fall

Even without Jax getting involved, he is showing too much arrogance and not enough thoughtfulness in going against Diane’s advice. Going through the courts for an adoption is just looking to get the supposedly airtight paperwork a second glance. All it would take is one thing raising a red flag for a lot more scrutiny on Sonny and his organization, which could lead to him finally getting nailed for something. It happened with Capone and his taxes, after all.

Sonny is putting his entire organization, not to mention his family, at risk right now and it couldn’t come at a worse time. Carly is already still dealing with a risky pregnancy with a child that has some degree of handicap. Plus, his stepdaughter is still grieving her boyfriend and trying to get through returning to school without him. Do they really need an added source of stress? Sonny needs to pay attention to Carly and back off a bit before he ends up causing a lot of pain and trouble.

‘Young and the Restless’ Spoilers: What Happened To Cane Ashby (Daniel Goddard) On Y&R?