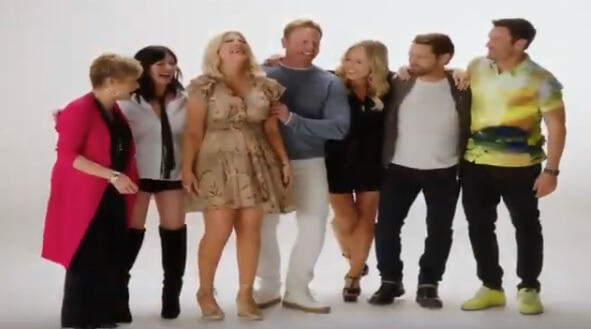 BH90210 spoilers indicate that the first season of the reboot is in the books, but it left a lot of questions. One of those being if the show will even be back. Fans and cast members are trying to take the power into their own hands. Here’s what you need to know.

The season started off great, with FOX promoting the premiere episode as one of the highest rated summer programs they’ve had. However, the audience sharply dropped in week two, and continued to decline through episode five. Some fans weren’t sure what to do with a pseudo-reality comedy version of the classic series. But there is some hope for fans.

Even before the finale was even aired on both coasts, fans were tweeting with #RenewBH90210, citing how original the concept was and how much they enjoy it. Another fan started a Change.org petition to be delivered to the powers-that-be at FOX. As of now, it’s got 5,900 signatures with a goal of 7500.

Even the cast is getting into the action. Pretty much everyone on the show was tweeting their appreciation to fans, and asking them to retweet their posts in a show of support to the network. Among the most active were Tori Spelling, who played Donna Martin on the original series, and Christine Elise. She played Brandon Walsh’s (Jason Priestley) trouble girlfriend, Emily Valentine on the original. In this new version, where everyone was playing heightened versions of themselves, she was a former actor-turned-executive. Her no-nonsense attitude and biting commentary was a highlight of the reboot.

As though to help spur fans to action, an interview with Tori and Jennie Garth, who played Kelly Taylor in the original, was published shortly after the episode ended. Both actresses served as executive producers on the show and are co-creators. In the interview, they mentioned several things they’d purposefully left open-ended for a season 2.

First off, they tease that the threat to the gang might not have ended when a fan was found to be the one who started the fire that destroyed almost all the sets in one episode. They point out that he was never mentioned as being the same person who sent mutilated dolls of the cast.

They also spoke of how the finale was specifically set up to lead into more of a focus on the reboot their fictional selves have been hard at work on. The lone scene we saw played out in this initial six was a love scene with David Silver (Brian Austin Green) and Donna Martin, showing that at least one pairing from the original ended up living happily ever after. This hilarious scene from the finale also hinted at what else was in that fictional pilot episode.

Also left open was the fate of the show itself, and our original seven. At the very end, Executive Christine tells the group that the pilot is going to be reshot in Canada with one of them not being invited back to save costs. Considering Shannen Doherty (Brenda Walsh) managed to negotiate a bigger salary, she’s a good candidate, but she’s also pretty popular, so who knows? She could theoretically offer to take a pay hit for the good of their show.

Another issue pending is Zach (Ty Wood). Originally made to look like an obsessive fan who inserts himself into Brian’s life, we soon find out that he believes himself to be Brian’s son. His mother was someone who worked on the show briefly. However, Brian’s wife, Shay (La La Anthony) did a DNA test that proved he’s not Brian’s son. Not only did this lead to questions about the future of his and Shay’s relationship, but it was also strongly hinted this guy might be Jason Priestley’s son. We’d love to see how that plays out, given the look on Jason’s face when he sees himself in the background of the photo.

There’s also the issue of Gabrielle Carteris’ (Andrea Zuckerman) marriage, which is threatened by an urge to explore her feelings for women.

Plus, we got a strong hint that, now that Jason’s single, they’re planning at a coming relationship between him and Jennie. Whatever they have in store, we’re sure if they get another season, it’ll be done with the same humor and originality that has made people embrace the first season.