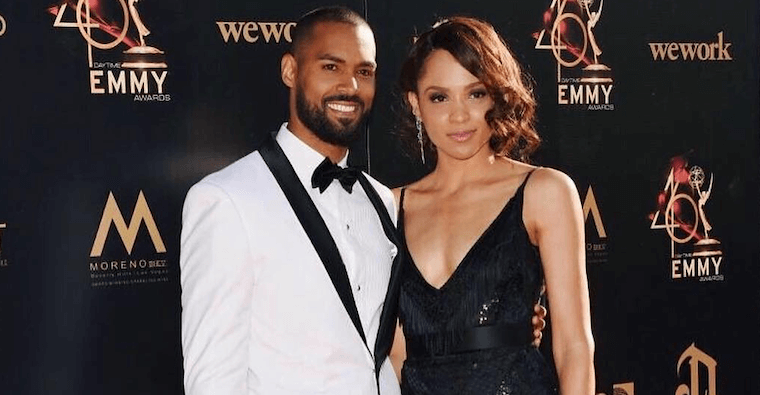 ‘Days of Our Lives’ (DOOL) spoilers recently revealed that Eli Grant (Lamon Archey) and Lani Price (Sal Stowers) are getting married. They recently did a Q&A on the official ‘Days of Our Lives’ account where they answered fan questions. So what’d they reveal? Here’s what you need to know.

The first question, while hilariously made Stowers beg out over being nervous, had to do with dream story lines. Archey then took over, hinting his dream story is either filmed or in the works, although he declined to reveal what that is exactly. He just says the wedding and all the things that come after that are one of his favorites. They also declined to talk babies until after the wedding, which makes one wonder if a kid is in the cards for this couple. It’d be a great thing to see, as they’ve dealt with a lot since last year, including Lani developing an obsession with Jordan Ridgeway’s (Chrishell Hartley) son to compensate for the loss of theirs.

‘Days of Our Lives’ spoilers: Called out

Besides vaguely hinting at what’s to come, they also fielded some questions about Elani’s past, as well as what their song would be. Archey backed out of this one, and Sal posed the question to fans, although she did agree it would most likely be a Whitney Houston one. But the best moment might have been when they were asked who’s better at remembering lines. Spoiler alert—not Archey. This on-screen pair has some great off-screen friendly chemistry and we’re looking forward to seeing what’s next.

‘Days of Our Lives’ spoilers: Fan-focused

In related news, the tweet also mentioned how the pair was getting ready to go to Houston for “Soaps in the South.” If a tweet from Archey is any indication, this is going to be a great chance for fans to catch up with the favorites in-person while also serving a great cause. The event will help raise funds for Camp Dream, an organization who gives a traditional summer camp experience to those with severe-to-moderate disabilities.

NBC ‘Days of Our Lives’ Spoilers Next Week: Will Horton Framed For…

NBC ‘Days of Our Lives’ Spoilers: Is This How Kristen DiMera Killed Haley…

NBC ‘Days of Our Lives’ Spoilers: What Happened To Stefan O. DiMera…