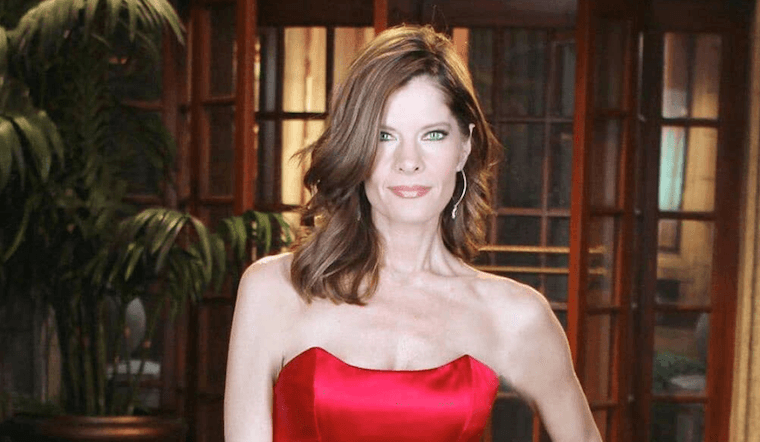 ‘Young and the Restless’ (Y&R) spoilers indicate that we’ve all had that moment in our lives when it comes time to say goodbye to a loved one, and recently, Michelle Stafford of General Hospital and Young and the Restless fame had to do the same. On her instagram, posted a picture of her sweet golden retriever, Beauregard, and how she struggled with telling her children about the tough decision she had to make to bid him farewell. “I was thinking of not telling my kids and going alone.” she mused. But her better judgment won out and even though it was difficult, she and her children bid Beau farewell together.

Dealing with grief and saying goodbye in a proper manner is a difficult, but important life lesson for children to learn. She even thanked Beau for being the one to teach her children that in the post. As sad as that was, you have to admire Michelle, for being able to inject some humor into this difficult post by saying, “Since I am not interested in giving my daughter ammunition against me.” meaning, she didn’t want to be paying those therapy bills once she became a teenager. Smart, money-saving move, right there!

She wanted her children to be able to feel the loss and deal with their grief, because it’s a normal part of life. She said that these days people seem so reluctant to talk about grief, and they just want to “fix” it as quickly as possible. But she wanted different for her children. For situations like this, there is no easy fix.

Stafford went on to detail her children’s emotional goodbye to Beau, saying that her little girl told her at bedtime that night that she was glad that Beau was no longer in pain. She went on to say that, “I’m not sure she would have come to that [conclusion] if I had chosen not to tell her.” She had had Beau for 15 years previously, which is a feat considering dogbreedinfo.com says that their life expectancy is around 12 years, that’s 3 more years than is average for the breed, a true testament to how well he was taken care of. Our hearts go out to Michelle, and her children during this difficult time, he truly was the best boy in the world.

‘Days of Our Lives’ Spoilers: Kristen DiMera Is About To Take Down DiMera Enterprises!