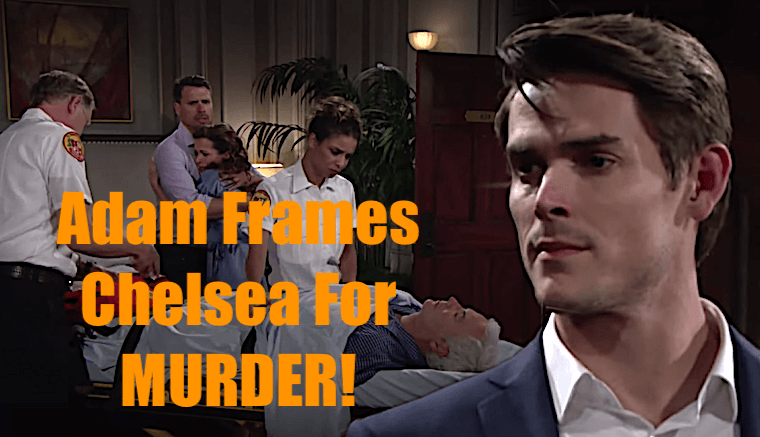 ‘Young and the Restless’ (Y&R) spoilers for Tuesday, July 9 indicate that, Christine Williams (Lauralee Bell) will suffer a huge upset when she learns that the mayor of Genoa City wants to settle with the Newmans. After the whole J.T. Hellstrom debacle, Victor Newman (Eric Braedon) sued the GCPD for all they were worth and rightfully so. In spite of Christine’s protests of “this is just letting Victor win!”, she’ll be forced to make the announcement anyway. Paul Williams (Doug Davidson) will point out that perhaps she was abusing her power, after all, she was determined to take down the Newman Clan at any cost.

‘Young and the Restless (YR)’ Spoilers : Christine Williams or Victor Newman, who win the battle?

Once she sees that her own personal vendetta was fueling her actions, she realize that maybe the mayor is making the right call and they should step off and just settle. That won’t stop Victor from gloating though, he’ll rub Christine’s nose in it when he sees her at the park. Nikki Newman (Melody Thomas Scott) is kind of caught between a rock and a hard place here, on one hand, Victor is her husband, on the other hand, Paul is her friend and has been for years. She will attempt to keep the peace by suggesting that they all be glad that the whole mess is behind them, and they can start over anew. Especially since Victor is in declining health and everyone else seems to have their hands full as well these days.

‘Young and the Restless’ Spoilers: Now kiss! Or maybe… no, not yet!

Nick Newman (Joshua Morrow) will continue to comfort Chelsea Newman (Melissa Claire Egan) and the two will find themselves in old situations once more. Will old feelings come rushing back as well? It certainly looks like it! Although no word on whether they actually take it to the kissing level or not, considering poor ol’ Calvin Boudreau (John Burke) isn’t even cold yet, perhaps that would be taking things a bit too far, too soon.

However, Chelsea will need all the warmth and comfort she can get, especially considering that she will be the suspect in Calvin’s death! As it turns out, the GCPD will determine there was foul play involved after all, surprise, surprise! If I can’t have her I’ll just frame her for murder!

Meanwhile, Adam Newman (Mark Grossman) still licking his wounds from Chelsea’s rejection has a dastardly plan to frame his ex-wife for the murde of Calvin! Ugh, come on Adam! That’s not the way to a girl’s heart and you know it. Will his plan succeed? Stay tuned!