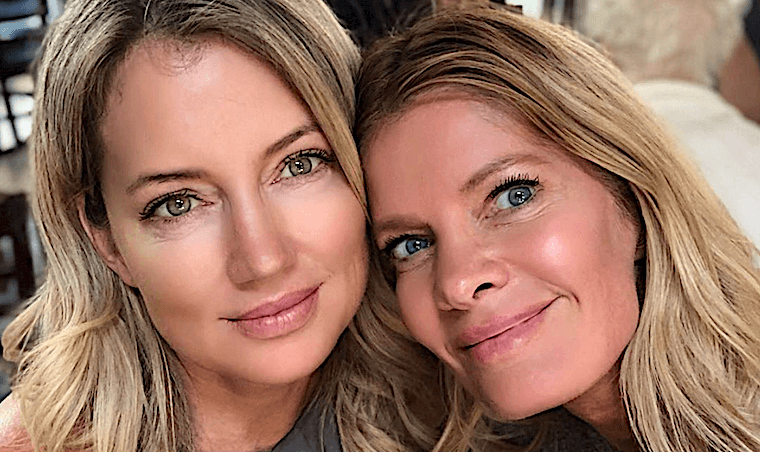 ‘General Hospital’ (GH) spoilers for the week of Monday, June 17 to Friday, June 21 indicate that things have really started to heat up on General Hospital and this coming week is going to be one for the books!  Cynthia Watros makes her debut as as the new Nina Reeves. There will also be plenty of drama as Maxie Jones (Kirsten Storms) locates a possible lead to Dante Falconeri (Dominic Zamprogna). Also, Dev (Ashton Arbab) makes his return; will he be able to help locate Dante yet another time? Here’s what you need to know.

Maxie and Peter August (Wes Ramsey) are still searching for Dante and the word is that they will have a huge surprise for them this week! Their search results may actually show them something that they didn’t want to see. It’s unconfirmed that Dante will be discovered this week, but it looks likely that Dev will be making a return.

He was helped track down last time Sonny went to Turkey and barely escaped by the skin of his teeth, could Dev prove useful again? We know that Lulu Falconeri (Emme Rylan) hasn’t been having the best of times since her husband just flat out abandoned after suffering from what appeared to be a serious case of PTSD. The whole situation between them feels very reel and probably very relatable to many, and we wish to see a proper and happy conclusion to that chapter.

On Monday June 17, Cynthia Watros takes over the role of Nina Reeves from Michelle Stafford as the face swap is officially complete. In a case of perfect coincidence, Michelle Stafford takes over the role of Phyllis Summers from Gina Tognoni on the Young and the Restless on the very same day! So for fans of Michelle, tune in the Y&R on Monday to get your fix. What will be interesting from our perspective is whether the role of Nina Reeves will see any shifts in personality or behaviour as a result of the face-swap. It’s not uncommon for characters to start behaving a little different as the producers mould the new role to the strengths and weaknesses of the incoming actor. So something interesting to keep an eye going forward.

Elsewhere, we found out that Jordan had a very successful surgery but, of course, there is plenty of drama attached to this kidney that Ryan “donated”. As we now know, it wasn’t actually a donation; the kidney was stolen! What would you do if you found out that your new kidney was stolen? This is sure to stir up some fires on General Hospital as Ryan Chamberlain (Jon Lindstrom) is teaming up with Nelle Benson (Chloe Lanier).

Carly has some reasons to be irritated this week too. She has found out that Ava is going to be on the cover of Crimson, which makes her incredibly angry. This is going to make some trouble for Jax and Ava! Although, the two of them could be getting closer as a result of this whole thing. Just how far they will go remains to be seen.

"But Shiloh, I can kill. And you're right, I don't wanna wait. I don't wanna plan it. I just want to do it and get it done!" #GH pic.twitter.com/WXF4C4yTxa

Josslyn Jacks (Eden McCoy) looked into having a séance last week as a way to get closer to Oscar Nero Quartermaine (Garren Stitt). This week she will go through with that decision. Daily Soap Dish has previously reported that producers are putting out many hints at a possible paranormal connection. We know that if the show was to go there, that it wouldn’t be the first time GH went a little beyond normal. Oscar has been spotted more than once since he passed away, so the hints are real. It remains to be seen just how far writers go into pushing this angle, but the Oscar Nero story is sure to remain a factor for the foreseeable future on GH.

General Hospital Spoilers: Wiley Drama Drags On As Shiloh and Willow Go At It

Shiloh Archer (Coby Ryan McLaughlin) is at it again and now he is making someone else take the blame for drugging people to get into his cult. He is blaming it all on Harmony. Shiloh served Willow with the subpoena that will make her give rights to the baby to him. He still thinks this is he child that Willow became pregnant with when she was still in the cult. What will happen when all of the truth finally comes out?

Port Charles is going to have an intense week. With Shiloh on the warpath and ready to do anything he can to see his child, things are really starting to fall apart. We hope that something positive will happen this week for everyone too. We don’t know how much more drama we can take this summer! It is really starting to stack up!