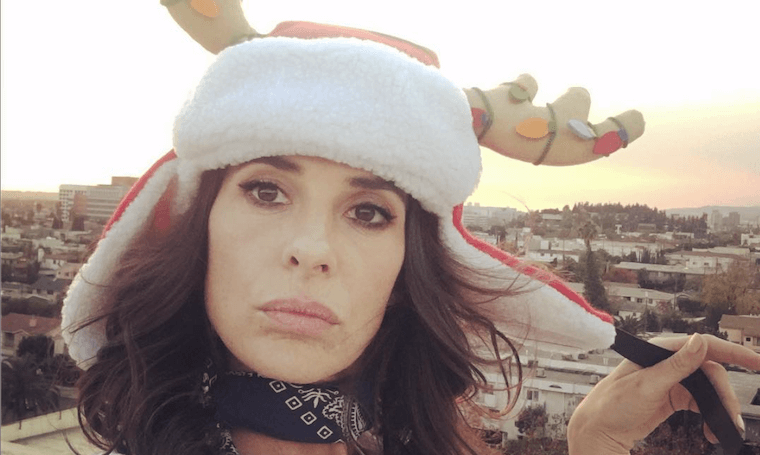 ‘General Hospital’ (GH) spoilers indicate that even though she is one of the biggest daytime television stars in the industry, a lot of people have noticed that Kelly Monaco, who is best known for her role as Sam McCall on General Hospital, has been so quiet on social media recently. Apparently, there’s a very good reason behind it. Kelly doesn’t want to start any fires with her fans, so to speak. Here’s what you need to know.

Needless to say, General Hospital fans are very passionate about their favorite characters and who they think should get or be together in Port Charles. After all, everyone has an opinion when it comes to other people’s love lives, right? Seeing how Sam is a fan favorite, everyone wants the best for her.

As a matter of fact, there is a huge group of General Hospital fans who want her to be with Drew Cain (Billy Miller), while the other half of fans on Twitter have made it clear that they think Sam should be with Jason Morgan (Steve Burton) instead.

So what’s a girl supposed to do? Stay off of social media, apparently. And that’s exactly what Kelly Monaco has been doing. Because things have gotten out of hand on Twitter in the past, Kelly has decided that it would be best if she would stay off her social media accounts. This happened after some fans said some pretty nasty things several months ago, which prompted both Kelly and Billy Miller to post video clips of them asking their fans to play nice. And no, we are not making any of this stuff up, either!

With that said, here’s hoping that Kelly will return to Twitter and Instagram this summer. We definitely miss seeing all of her behind-the-scenes photos. Plus, we won’t judge her for what her character decides to do in front of the cameras. That would just be silly, right?