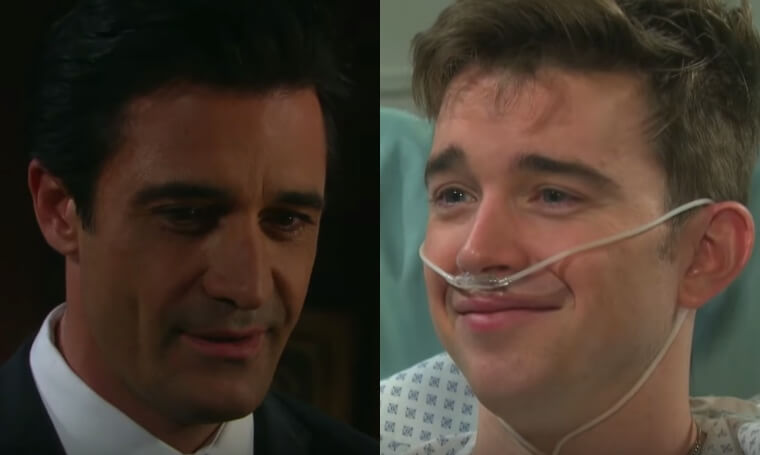 ‘Days of Our Lives’ (DOOL) spoilers relate to Melinda Trask (Laura Kai Chen) womaning up, a possible last-second miracle for Will Horton (Chandler Massey), and a very bad day to come for Ted Laurent (Gilles Marini). If you missed it, here are your Days of Our Lives highlights.

Haley Chen (Thia Megia) has resigned herself to leaving the country, and has refused any further escape attempts. Instead, she wants to take a minute to say goodbye to JJ Deveraux (Casey Moss). He’s not ready to say goodbye, though, and insists that if she’s going to go back, he’s going with her. Haley won’t let him do that, and wants him to move on with his own life here.

While they talk, Melinda arrives and throws yet another in a series of curveballs Haley’s way. She’s been working overtime on getting Haley a green card, as she’s the daughter of a citizen. Not only that, but she’s had Haley’s information translated and sent to places in China so she’ll have work. But wait! There’s more.

Melinda is also going to accompany Haley to China and stay while the green card thing is being worked out. That way, she won’t be alone in a foreign country, where she could end up living for years while this green card thing is being dealt with. Wow. We’ve gotta give her some props for stepping up and taking responsibility, but it’s too bad she didn’t do this many years ago. #JustSaying. We’d cheer the end of this plot again, but this storyline has more lives than a litter of cats, so we’ll just be over here waiting for the next twist.

Days of Our Lives spoilers: Miracle on the way?

Xander Cook (Paul Telfer) has decided to do the right thing—even if the motivation is more Sarah Horton’s (Linsey Godfrey) gratitude than saving a life. He hands over the diary to a grateful Maggie Kiriakis (Suzanne Rogers), but Sarah is skeptical about its authenticity. After looking it over a moment, she thinks it’s very possible this is legit, and the two women hurry to the hospital.

Later on, we learn that the team there has been able to make the serum again from the notes in the diary, but the antidote is still a work in progress. We’ll see if they manage to get it right in time. Kate DiMera (Lauren Koslow), for one, isn’t going to get her hopes up too fast and forbids Maggie to tell Will. Maggie doesn’t give a you-know-what and leaves Kate to do just that. Sonny Kiriakis (Freddie Smith) is apparently the one who gets the news instead, as Maggie later says Will was sleeping when she got to his room.

Days of Our Lives spoilers: Deals and complications

Kristen DiMera (Stacy Haiduk) is happy to know that Basic Black is about to be part of the DiMera family again, and “Nicole Walker” (Arianne Zucker) is going to be in charge. She’s, however, nervous about how long it’s taking for Stefan DiMera (Brandon Barash) to get out of that meeting with his lawyer. While waiting, Gabi Hernandez (Camila Banus) arrives and freaks out upon learning her own company might just be getting pushed out. She rushes off to storm Stefan’s meeting while Kristen stays where she is.

While she waits, she’s getting call after call from a number she doesn’t recognize. She finally answers and bitches whoever it is out for bothering her before hanging up. Now that he knows where she is, Ted decides to hurry over and win over Hope—er, break the good news to “Nicole” out of the kindness of his heart.

When he gets there, Kristen isn’t very happy to learn that he has proof in hand that Holly is alive. Ted thinks she’s just in shock and insists that this report is absolutely legit. He then asks for permission to tell Hope Brady (Kristian Alfonso) the news personally. She refuses, then says he won’t be telling anyone before grabbing a fireplace poker and knocking him out. Looks like Pepe’s days might be numbered. 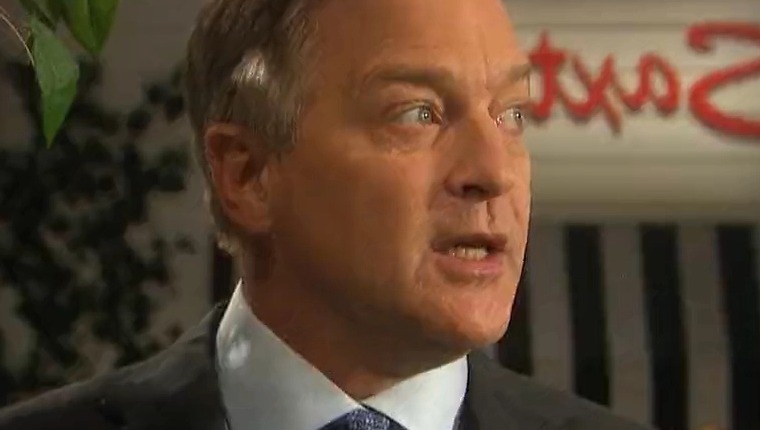