Skip to content
Home > Celebrities > Elon Musk > Twitter’s Elon Musk Tweets Ominous Warning: “If I Die Under Mysterious Circumstances… It Was The Russians

Elon Musk believes the Russian government may be out to get him and he might be right. Elon tweeted, “If I die under mysterious circumstances, it’s been nice knowin ya.”

So, what prompted this tweet from Elon and what is going on? A man named Dmitry Rogozin, Chief of Russia’s Space Agency, sent a statement to the Russian media accusing Elon of assisting Ukraine in Russia’s war against the country. Rogozin accused Elon of being “involved in supplying the fascist forces in Ukraine with military communication equipment.” 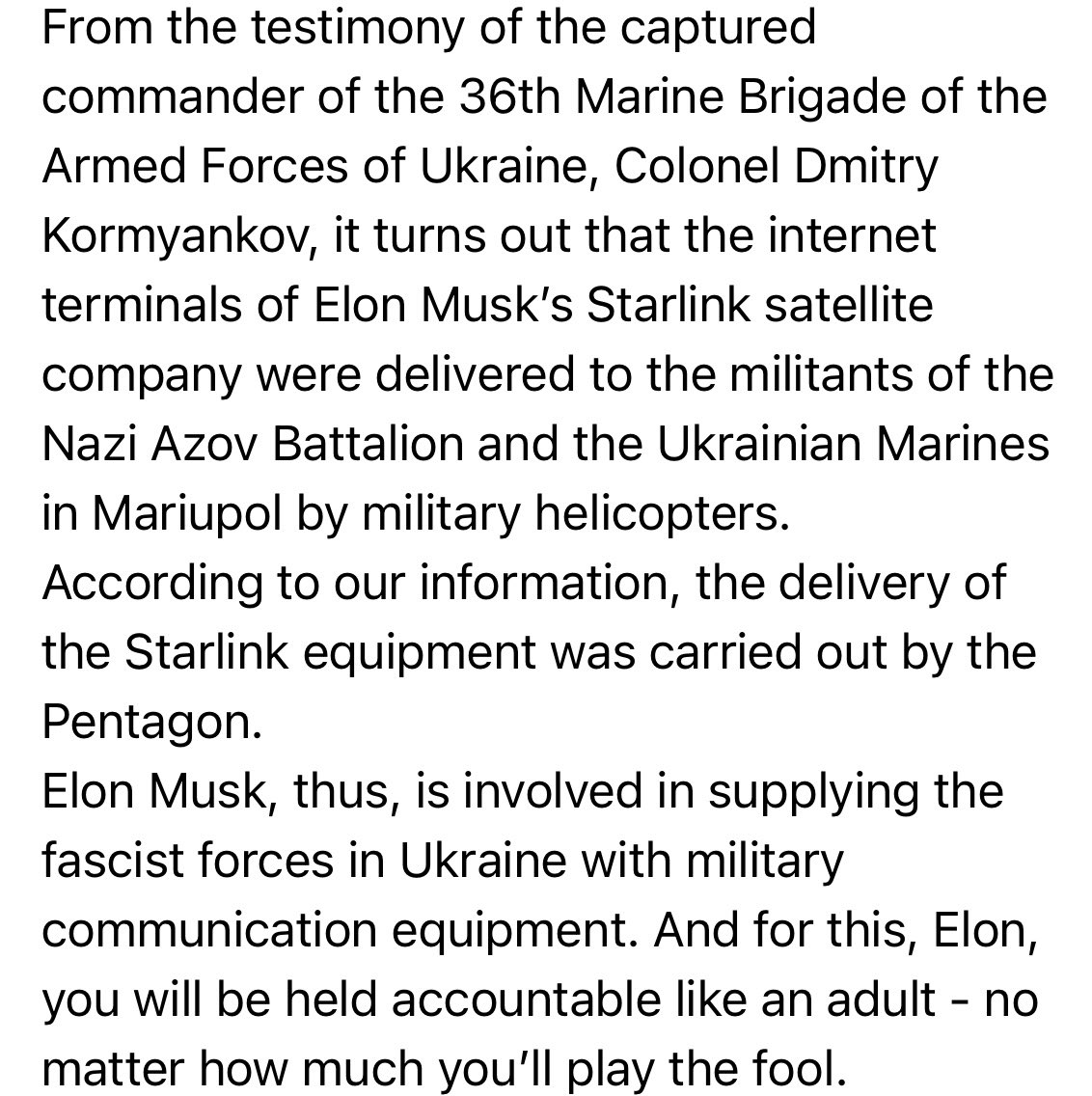 Musk however, simply joked about the warning and said, “The word ‘Nazi’ doesn’t mean what he seems to think it does.”

Elon Musk Tweets Ominous Warning: If He Dies… It Was The Russians

The message ended with an ominous warning to Elon saying, “And for this, Elon, you will be held accountable like an adult – no matter how much you’ll play the fool.”

Elon’s SpaceX Starlink terminals are now being used by Ukrainian forces to keep internet and communications strong as Russia continues to try to disable it. It may be one of the most important things Ukraine has right now.

While all of this is happening, Musk’s mother, Maye, doesn’t think it’s funny at all and responded to her son’s tweet saying “That’s not funny.”

Could there really be an attempt on a U.S. private citizen from the Russian government and is he in danger of his life?

There’s also been some confusion, since the Ukrainian government asked Musk for his Starlink service, so why is the Russian government so angry with Elon? Not to mention the Azov Battalion, which as been described as a Nazi regime, but if the Starlink is there for the Ukrainian Marines, Azov may be using it without Musk’s knowledge. There seems to be a lot to the story and things appear to go deeper.

We’ll have to keep an eye out on it and will let you know as soon as there is anything more to report.

What do you think? Are you a fan of Elon and should he fear the threats from Russia? Let us know in the comments below.