Skip to content
Home > TV > The Bachelor > ‘Bachelor in Paradise’: Dean Unglert And Caelynn Miller-Keyes Reveal Some Secrets From The Show 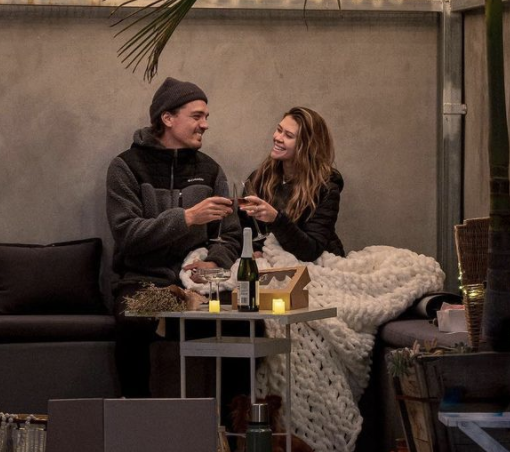 Dean Unglert and Caelynn Miller-Keyes, who are best known for being on Bachelor in Paradise, have given fans an exclusive on some of the things that the audience does not know about the show.

‘Bachelor in Paradise’: Dean Unglert And Caelynn Miller-Keyes Reveal Some Secrets From The Show

The pair, for their part, met each other during the sixth season of the show. And ever since then, their relationship has continued to go on strong.

But now it seems they are ready to spill the beans on some of the things they witnessed on the franchise that may raise many talking points. And one of those things included the presence of a creature that nobody spotted on the island.

During an interview with Us Weekly, Dean said: “There was a mythical story one season of a creature that no one could really pin down on what it was. It could fly, I think. And it was big and hairy. I never personally saw it, but there [were] a lot of whispers.” While that does sound too good to be true, there were other things that went down too.

Caelynn admitted that when the contestants went to have a shower, they were greeted by a nasty surprise that made things more difficult: that being the presence of certain animals.

She stated: “Crabs would be in the shower, and we were terrified to go in the shower cause they’re just like, claws out, ready to [go] — they’re not really going to do anything, but I think that was the biggest one for me.”

And with that backdrop, Dean sought to make his life easier by trying to take his phone inside with him. He was hoping that he could document his experiences first-hand for later memories.

But after nearly going through with it, Dean stopped himself at the last minute. He added: “One of my buddies — and I’m not gonna name names. I remember he pulled me into the bathroom, and he’s all over his iPad in the bathroom. And it’s, like, somehow on a Wi-Fi connection over there.” So there you have it. You will never look at Bachelor in Paradise the same ever again.