Skip to content
Home > TV > The Bachelor > ‘Bachelor in Paradise’: Why Did Dean Unglert Call Caelynn Miller-Keyes As His ‘Most Suffocating’ Girlfriend? 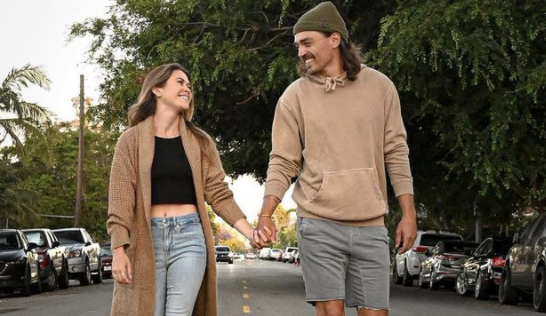 Dean Unglert has responded to the criticism he has been getting after describing his girlfriend, Caelynn Miller-Keyes, in not the best possible light.

‘Bachelor in Paradise’: Why Did Dean Unglert Call Caelynn Miller-Keyes As His ‘Most Suffocating’ Girlfriend?

The duo, who were known for being on Bachelor in Paradise, met each other during the sixth season of the show in 2019. While their relationship has been very intense, Dean stoked up some unwanted trouble when he recently described Caelynn as the ‘most suffocating’ girlfriend he had ever had.

This was in response to a question about whether Dean had felt smothered in a relationship. What was meant to be a term of endearment was clearly replaced by the wrong word. And Dean made sure that he put things right before the haters jumped on top of his comments. In an interview with Us Weekly, Dean sought to clarify his comments.

He said: “I would hate to be suffocated, but with Caelynn, although my instinct is to say, ‘Don’t suffocate me,’ in reality, I’m like, ‘You can suffocate me because I enjoy spending time with you’ sort of thing.”

But that was not the only point of contention when it came to Dean’s approach to his girlfriend. Fans also called him out when Dean stated that he does not say ‘I love you’ verbally as much as other couples may do. And yet, Dean was frustrated by how such statements, that were made without considering the proper context, could be taken out of hand.

He added: “I am in the camp of I’d rather show Caelynn that I love her rather than say that I love her… Talk is cheap more or less, you know, anyone can say anything, but what it boils down to in my eyes is action over words.”

Although Dean has his own way of doing things, as long as it works, then who are we to complain otherwise. And Caelynn acknowledged that Dean was doing a good job of being there for her.

She replied: “[He does] a good job [of showing love], which I prefer.” It is safe to say that Dean needs to be more careful with his words in the future.