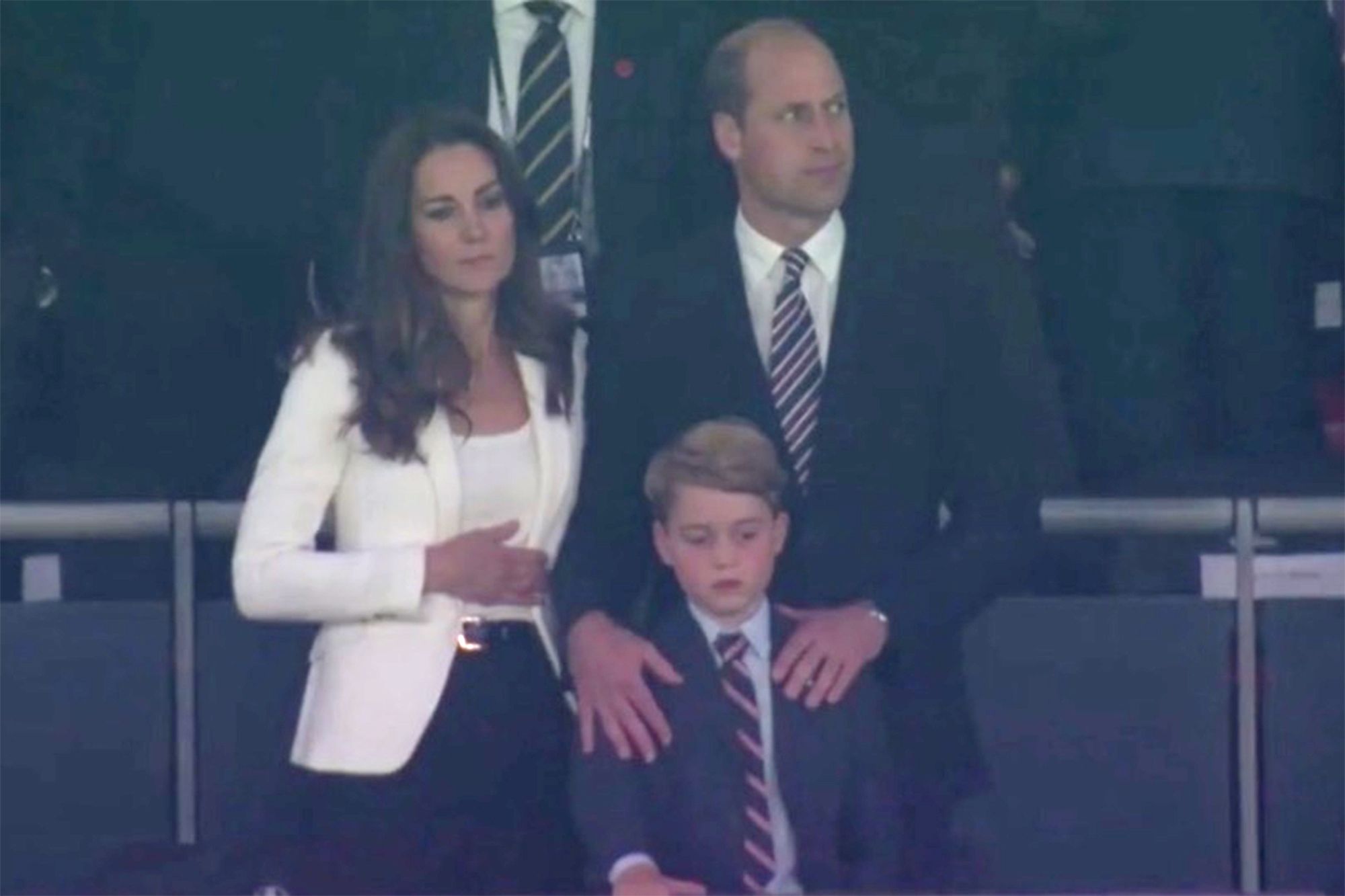 Prince William and Kate Middleton have apparently decided to drop this very special royal family tradition for their son Prince George’s birthday. Each year the Duke and Duchess of Cambridge release a portrait of each one of their three children on their birthday for royal fans.

But because of the relentless bullying that Prince George has received online following his appearances at the Euro 2020 matches, Prince William and Kate Middleton might not release a photo for this year. Here’s what you need to know.

The Duke and Duchess of Cambridge are so worried about internet trolls that they may not share a photo of Prince George for his 8th birthday, according to royal biographer Angela Levin. That’s because the royal family is fed up with all of the nasty comments that internet trolls and critics have made about their son’s appearance.

“There are rumors that we might not see the photograph [of Prince George] when he’s eight, because they’ve been so upset by the rudeness of people mocking a little boy aged seven, and I hope they can overcome that,” Levin said on the UK’s True Royal TV.

Prince William and Kate Middleton were criticized for putting Prince George in a suit and tie for the two Euro 2020 matches that he attended with his parents.

While there’s no doubt that royal fans were delighted to see Prince George in the VIP box and especially after seeing the little tot’s reaction to England’s first goal of the game, they can’t help but wonder why his parents keep dressing him up in a suit, when he could have been much more comfortable wearing a sporty jersey.

Yet, it was tennis champion Marion Bartoli who said that Kate Middleton wasn’t too keen on having her son wear a football jersey to the match. He got to meet with the Duchess, who happens to be the Wimbledon patron, earlier this month.

Speaking on BBC Radio 5 Live, Marion claimed: “Yesterday I had an afternoon tea with the duchess and it was very much a discussion whether George will be allowed to wear the jersey tonight at Wembley or not. William was for it, Kate not so keen, so we’ll see.”