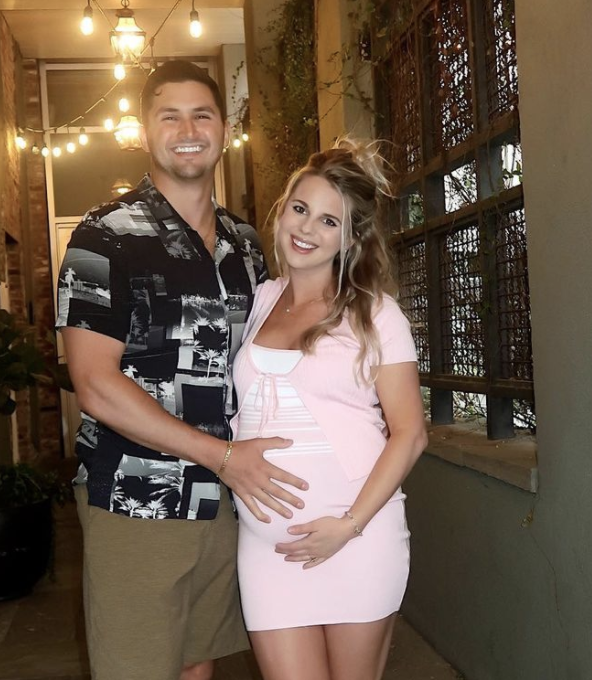 Nicole Franzel and her husband Victor Arroyo, who are best known for appearing on Big Brother, have announced the arrival of their first child.

The couple, for their part, started dating each other shortly after they came across each other on the show in 2016. Things continued on good terms, as their romance blossomed post the show. Two years later, Arroyo decided to take things to the next level when he proposed to Nicole on air.

And the rest was history, as they walked down the aisle, which has now been topped off with the arrival a child. In a post to their fans on Instagram, Arroyo shared a picture of Nicole holding her son’s hand from the hospital.

The post was captioned with the following comments: “Thank you so much for all your prayers and support. Today was absolutely amazing & perfect. Arrow (Baby Vic) was born at 8:01 am this morning, weighing 6lbs 15oz and measuring 20 inches via cesarean. He and Nicole are both healthy and doing great.” The couple had been planning to have a family for some time.

But one of the things that were preventing them from doing so was the fact they were not married. Naturally, any attempts they made to rectify this were postponed during the pandemic. They had to rearrange their wedding on several occasions, but once they managed to tie the knot, their path for a family was clear.

During an appearance on their own ‘Coco Caliente’ podcast, Arroyo remarked how the timing was set to have a family. He said: “[We are] at a really good point in our relationship and lives because we were supposed to be married, what, like four times by now. We are prepared…We’re in a good spot in our lives right now to where this is perfect.”

With their first child out of the way, there is the obvious question of whether they want to extend their family. The pair have not addressed that, as of yet, which is understandable given their preoccupation with their son.

Regardless of whatever the couple will decide to do, we wish them the best with their future. If you liked reading this article, then check out our other features on the Daily Soap Dish. Please also visit TVRocker for all of the latest exciting news on all of your favourite daytime television soaps.