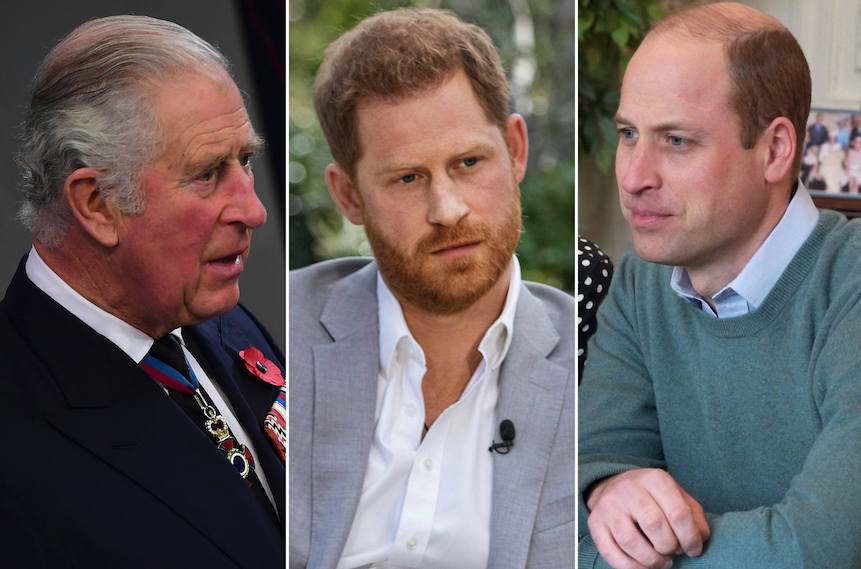 There’s only so many times that you can get thrown underneath the bus before something is done about it, right? Well, it might be high time for Prince Charles and Prince William to get on a plane and travel to California and have a sit-down with Prince Harry and especially before his new memoir hits bookshelves.

There are new reports that say Prince Harry is writing a tell-all book about his life as a royal and apparently, both his father and his brother are quite concerned about it. Here’s what you need to know.

The British Royal Family is “shaken up” over the news that Harry is writing a book about his life. Prince Harry is reportedly working with ghostwriter J.R. Moehringer, who has previously written memoirs for tennis legend Andre Agassi and Nike co-founder Phil Knight, as well as his own autobiography, “The Tender Bar,” which is being made into a movie by George Clooney. Sources say that Prince Harry’s first draft is almost completely written.

And now one source close to the situation tells Us Weekly that the royals are certainly shaken up about this book. They are particularly concerned about what Harry will reveal as his recent streaks of criticism have been bad enough already.

One insider told the site, “They haven’t received a copy yet so and don’t know what to expect. It’s making them nervous.”

Following the news about his book, the Duke of Sussex released a statement that said, “I’m writing this not as the prince I was born but as the man I have become. I’ve worn many hats over the years, both literally and figuratively, and my hope is that in telling my story — the highs and lows, the mistakes, the lessons learned — I can help show that no matter where we come from, we have more in common than we think.”

Someone, get a royal on a plane to L.A., STAT and before things get infinitely worse between the Sussexes and the rest of the British Royal Family.