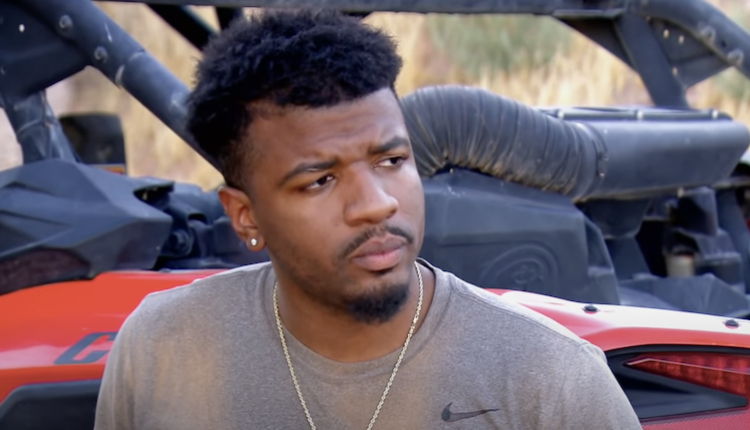 Fans of the hit show, Married at First Sight are very let down with the choice of Chris Williams. There have been other couples on the show that haven’t been successful,  but we have never seen anything quite like the marriage of Paige Banks and Chris. Chris has openly told her that he is not attracted to  her and he has made comments about how his wife needs to be “submissive.”

He has cursed out other cast members and he is just leaving a bad taste in our mouths. One of the matchmakers of the show, Dr. Pepper Schwartz wanted to talk to fans and address her concerns about what is really going on here. She took to Instagram to explain it all. Or at least try to.

Dr. Pepper may be one of the matchmakers on the show, but she knows that something is off with Chris now. She posted on her Instagram, “As many of you know, this season of MAFS included a match that has turned out to be both disappointing and, often, offensive to myself and the viewers. I wanted to make sure you all could have some of the context that I do for why this man was allowed to participate in our program. No excuses: it was a bad call. But please, if you are upset about this match, take a minute to read my words and see how seriously we vet these people before matching them and how much I empathize with all those at home who are horrified by Chris’s actions.”

She went onto say, “First of all, we do a lot of in depth research on people. Not only do they fill out long questionnaires and have several interviews with all three of us, plus producers, there is also an outside, independent psychological firm that gives tests to applicants at two different times. There is also a forensic researcher, looking for any legal infractions in the last ten years. And we also look a decade back for social media posts that might disqualify someone. All this is to say that if someone gets past all this and turns out to be a bad fit for this process, they have fooled a lot of people. One reason we think this can happen is that all of this is in-depth but not necessarily happening when a person is under stress. People do change—a lot—when threatened or disappointed.”

Dr. Pepper continued, “The reason we keep on is that we have seen similar ‘train wrecks’ turn around. Even if the couple doesn’t get together—at least one person can grow and gain strength and know more about who she or he is and what they want in a partner. More time in the experiment also gives experts more time to counsel, to try and help them work through tough experiences.” Finally, she said, “I am appalled at some of the things he has said and done. I don’t know how many of our statements to him make the final cut…but no one is giving Chris “a pass.” I can understand however, if you don’t think it’s enough. But our role is different from your role. We give honest feedback but not everyone can listen and use our insights and critiques to be a better person.”

We are so glad that at least one of the matchmakers has shed some light on everything that has happened so far on this season of Married at First Sight.

‘Keeping Up With The Kardashians’ Spoilers: No, Khloe Kardashian Is Not Getting Engaged To Tristan Thompson Anytime Soon

‘Married at First Sight’ Spoilers: Saying ‘I Do’ –…

‘Married at First Sight’ Spoilers: Chris Williams Is Not Attracted To His…