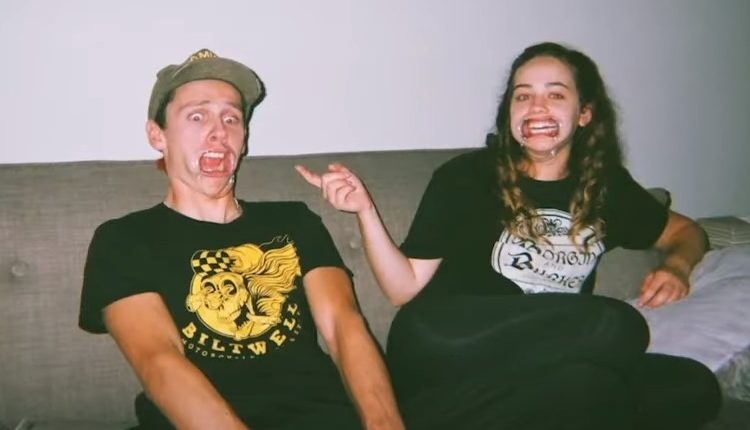 Netflix’s ‘Cobra Kai’ cast Xolo Maridueña, Jacob Bertrand, Mary Mouser, and Gianni DeCenzo sit down to talk about their experiences on the set of the popular series and it looks like a ton of fun! They share videos and photos of the cast together playing games and just having fun.

While ‘Cobra Kai’ is one of the most popular series on television right now and Netflix knows what the people want! Take a look at the new behind the scenes video below that was uploaded with the following description,

“The cast of Cobra Kai reveal what it’s really like behind the scenes. With a new sensei at the helm of the Cobra Kai dojo, a three-way feud takes center stage. Old grudges — like Cobra Kai — never die.”

Fans commented on the video, “This show is pure entertainment. People making bad decisions even when they know better.”, “Can’t wait for season 4”, “Jacob is literally the sweetest and then you see him play hawk and your like omg” and “As someone who saw the first two Karate Kid movies for the first time last summer on Netflix, I didn’t expect to enjoy Cobra Kai so far. Getting into it has helped me over the fall with the Pandemic. It took me all New Years weekend to watch the new season. I’m proud of all you guys for making Karate cool again in the 21st Century”.

It’s always fun to see what it’s like on set and the cast looks like they’re having a ton of fun! Kudos to Jacob’s awesome backflip at the end! It only took five minutes to learn? That’s very impressive.

We’re all looking forward to season four and hopefully, they keep releasing these little nuggets to keep our spirits up!

What do you think? Are you a fan of Netflix’s ‘Cobra Kai’? Let us know in the comments below.

‘Young And The Restless’ Spoilers: Brytni Sarpy (Elena Dawson) Has These Goals Lined Up – Fans Comment Theirs

Hulu’s ‘Into The Dark: Tentacles’ Trailer Will Leave You Questioning Everything