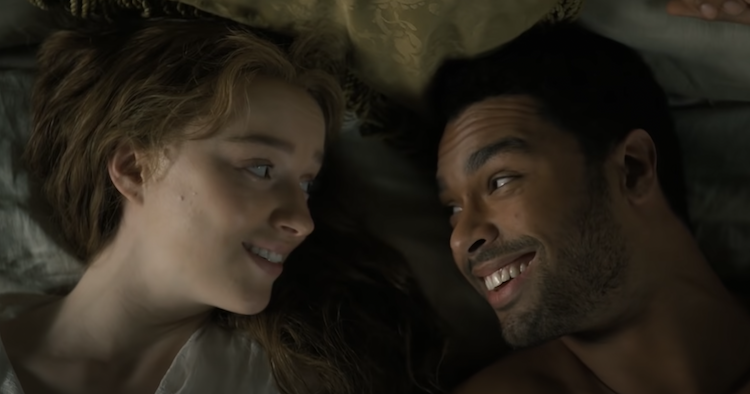 There is certainly a lot of excitement in the air this week! There is a new report that says Shondaland’s first original series, Bridgerton, has been renewed for a second season.

Bridgerton Season 1 wrapped up filming in February of last year and just a month before the film and television industry – along with the rest of the world – were forced to shut down because of Covid-19.

The hugely popular Netflix series Bridgerton tells the story of eight close-knit siblings of the powerful Bridgerton family as they attempt to find love during the Regency era in England.

The special edition of Lady Whistledown’s Society Paper along with a new trailer confirmedthat Season 2 will chronicle the pursuit of a suitable marriage for Anthony Bridgerton (Jonathan Bailey), as chronicled in the second book of Julia Quinn’s Bridgerton series, The Viscount Who Loved Me.

Meanwhile, actress Phoebe Dynevor, who plays Daphne Bridgerton in the series, says that she “can’t imagine” how the cast and crew will be able to film the second season during the ongoing global pandemic that has been the coronavirus.

Phoebe told Deadline in a new interview that she is unsure how and when the second season will begin filming, even though some reports already indicate that it will happen in March.  “I genuinely have no idea what they’re going to do with the second season, but I imagine if they’re following the books, then it would be Anthony’s journey,” she says over a Zoom call from her home in Manchester. “I’m sure Daphne will end up getting involved. But yeah, I do wonder what it looks like. I’m excited to find out.”

Phoebe also says the final few days on set being a “crazy” time, during which the ever-encroaching virus was a source of fevered discussion. “We just managed to finish. It was amazing,” she remembers.