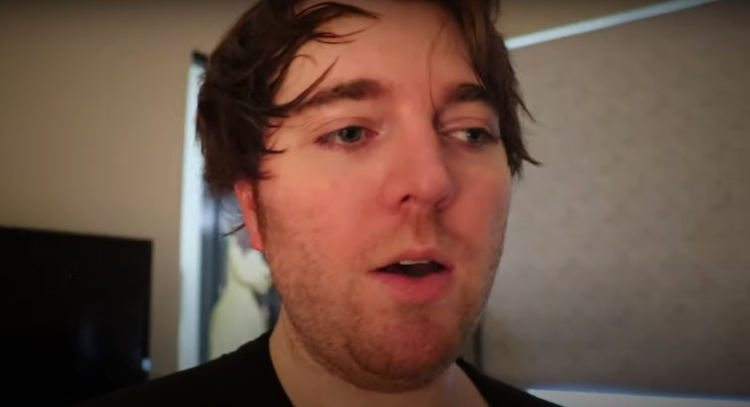 Here’s the REAL Reason Shane Dawson Is Staying Away!

So it looks like there’s a reason that Shane may be staying away. Sure, he pops in every now and again on IG, but for the most part he stays away and stays largely offline. I think he comes on fiance Ryland Adam’s youtube show “The Sip” every now and again too but he’s not a big feature of it, Ryland runs that show basically by himself and that’s alright. That’s what Ryland wanted to do, not Shane. So… why is he staying away?

It seems that every once in awhile he was sell some merch and plug it on IG, for instance his latest post on IG was detailing some merch that he had had made for 2020 called “Spiral” which was apparently a commentary on his own mental health.

Youtube – The real reason Shane Dawson is staying away

(While no one condones Shane’s past, one can definitely see where the events of 2020 would cause Shane to spiral.) He said he would be doing “less” spiraling in 2021 and kind of hinted at a comeback in the post, but he didn’t specify what he would be doing exactly.

Whether it was more documentaries, or going back to ye olde status quo youtube videos as if nothing happened, he just didn’t really specifiy what exactly he would be doing to maintain his career.

But with the merch releases one kind of wonders if a little bit of Jeffree Star’s lifestyle hasn’t rubbed off on Shane and if he hasn’t just become complacent and just wants to sit back and collect the checks.

There’s always going to be people who were stil fans from back in the day who still like his old humor (must say, I was more of a fan of 2015 Shane with all the food videos) and will support him, and that may be the reason why he’s just content to stay away and make merch and not content.

After getting cancelled twice in the span of as many months, one can’t exactly say I blame him for being gunshy about coming back. Also right now he’s riding Jeffree Star’s coattails, even though their collab is over and they will likely never have the same level of success as they once had with their conspiracy pallette, right now, Shane knows where his bread is buttered and he’s sticking close beside the guy that’s signing his paychecks and making sure that he doesn’t have to remember his youtube password for at least another six months.

I say that because Shane’s merch is done by Jeffree’s company I do believe, and right now this is probably some of the easiest money he’s ever made, but that’s just my two cents. Stay tuned!!!