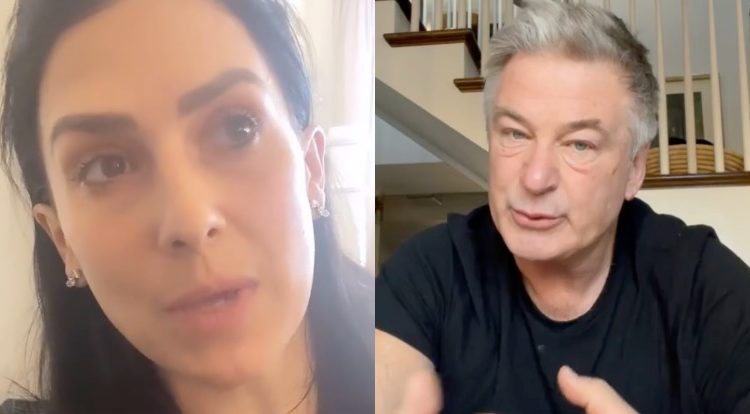 Just like his nemesis, outgoing President Donald Trump, it looks like Alec Baldwin won’t be using Twitter anymore. But unlike Donald Trump, Alec wasn’t banned from the social media app but instead has decided to voluntarily take a break from it following his wife Hilaria Baldwin’s Spanish heritage scandal.

Without giving much of an explanation as to why he’s decided to take a break from Twitter, the Hollywood actor simply wrote, “Twitter is like a party where everyone is screaming. Not much of a party. Goodbye for now.”

Hilaria also seems to have taken a break from social media as many fans have noticed that she hasn’t posted anything on her Instagram account since it was revealed that she is actually a “white girl” who was born in Boston and not in Mallorca, as it was previously suggested. Hilaria has also been accused of faking her Spanish accent to make it look and sound like she was indeed from Spain.

Meanwhile, it’s been revealed that Alec has been living separately from his wife, Hilaria Baldwin. The actor has elected to live in a rental in order to protect his family from Covid-19.

According to Page Six, Alec has been staying in a house outside of New York City by himself in order to quarantine himself before heading back home to Hilaria and the couple’s five children. Just last month the actor opened up about his having to quarantine away from his wife and their five children.

“I’m here in this guesthouse that’s near our house, that I’m staying in when I’m quarantining,” the former “30 Rock” star said in an Instagram video. “I go into New York and work a little bit and come back and have to quarantine here for a few days. It’s not a lot of fun.”