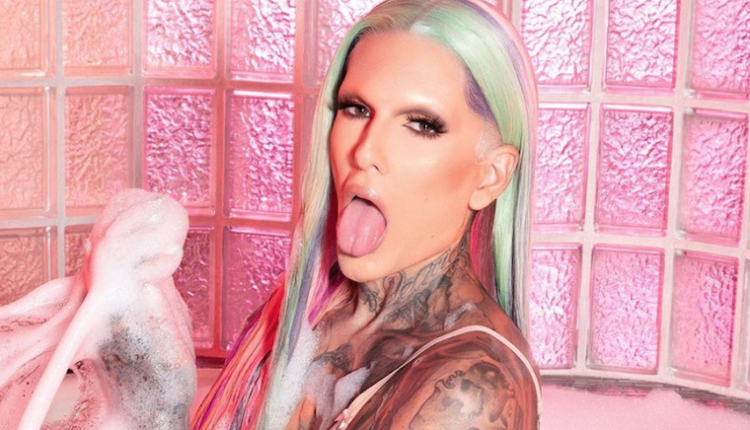 Looks like Jeffree Star not only has property in Michigan, but he also recently bought a house in Wyoming! As per his latest video where he’s giving a life update, including information about one of his dogs, Diva, who was diagnosed with cancer, he also said that he bought aplace in Wyoming simply because the stress of 2020 was simply too great, and that he misses traveling.

He said that it’s been hard not being able to do events and not being able to meet subscribers and just focusing on the brand 100% of the time. Although, that claim is rather questionable considering what people said about his last mini eyeshadow palette debut, but I digress.

Okay, for just a moment we’ll give Jeffree the benefit of the doubt, after all, COVID restrictions have been tough on all of us, especially for those of us who are used to getting out and socializing with other people on a daily basis.

Now a lot of corporate jobs have switched to working from home, even schools have shut down and have virtual, online classes at least part of the days of the week. So I can definitely see where Jefree would want a place where he could get a change of scenery every now and again where he didn’t have to quarantine, but if we view this from a slightly more cynical point of view it begs a slightly different question.

Since there has been a lot of turmoil in his personal life laltely, maybe Jeffree’s just tired of meeting the same kind of people in the place that he’s at and being exposed on social media. Different state = different state of mind.

California, specifically in the area that Jeffree lives has a habit of being known for entertainment personalities and a lot of, shall we say, ‘hangers on’ who are constantly trying to get clout by both legit and non-legit means and sometimes that means making a fake account and spreading rumors against someone with way more clout than you.

Maybe Jeffree is tired of the clout-chasers and just wants somewhere where he can go and kick up his red-bottomed loubitons in peace. Whatever the case, it looks like he’s bought a house in Wyoming, but he’s still busy building the one in California, you know, the one with the apology couch? Yeah that one. We’ll keep you updated. Stay tuned!!!

Selena Gomez Never, Ever Wants To Get Married

Kylie Jenner Has A BIG Message About the US Presidential Election!