TLC ’90 Day Fiancé’ spoilers finds that according to a recent interview with Geoffrey Paschel with the Domenick Nati Show he was asked how long a period of time had passed between the time he and Varya broke up and the time that Varya Malina showed up at his door after moving on with Mary. Apparently it was not a spur of the moment thing, it wasn’t a rebound thing. He said in fact if anything, it was a rekindling of a previous relationship because he was with Mary “before and first” so it wasn’t a new thing. I mean, we kind of had a feeling it wasn’t a new thing but we didn’t know how far things had actually gotten between he and Mary in the before period, but at least now we know that there was indeed a previous relationship. 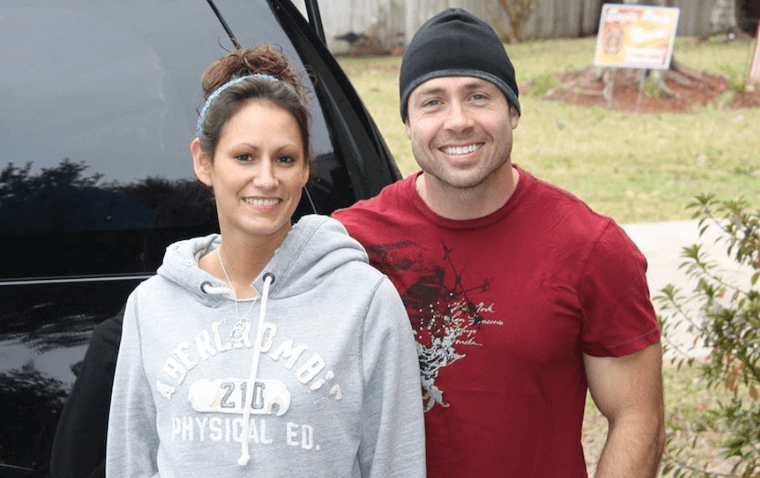 He also said that at first, he simply thought that the phonecall he got was from TLC production coming to shoot a wrap scene. He had no idea Varya would even be involved, but he contradicted himself about one thing. He said on the show that he and Varya had not been talking but in this particular interview he said that he had been ‘letting it die down’, like if she had texted him asking how his day was going he would answer “fine” but other than that they had not been talking really. I kind of wonder what the other side to that story is, but until Varya sets up her youtube channel we probably won’t know the other half.

Speaking of a tell-all, Geoffrey is launching his own youtube channel soon. He says that anything that he would have revealed in the tell-all will be on the youtube channel, so we all nee to go there and see what juicy details TLC missed out on. It looked like the online petition to get Geoffrey kicked off the show did its work though. He said that in the end, TLC producers caved to exactly what the petition wanted. He also said that he was currently fighting the domestic violence charges against him and that was a big reason why the petition did as well as it did.

About the other couples on the show, he called out Big Ed for being such a douche to Rose. He said that it was “common sense” not to humiliate people. Say what you will about Geoffrey but at least on that front, he has the right idea. He said of Lisa Hamme and Usman Umar that Lisa ‘has a great heart’ and really loves Usman, and that he talks to Lisa pretty regularly. Usman, he doesn’t really talk to all that much but he says he wonders if he’s really in it for the long haul. Same with David and Lana really, he said that he believed Lana was in it “for something” but he didn’t know if it were for David or for the lamborghini he was standing beside in his facebook photo. Wow, so true! He also said that he originally found Varya from an ad he had seen on yahoo search when they advertised the dating site that he met her on and that’s when he decided to try it out, 3 days later he was talking to Varya. Even though it didn’t work out, I guess there’s something to be said for new experiences. As for GEoffrey’s youtube channel, we at DSD will keep you posted on that tell-all. Stay tuned!!!

The History of Soaps: Why soaps deserve our love!