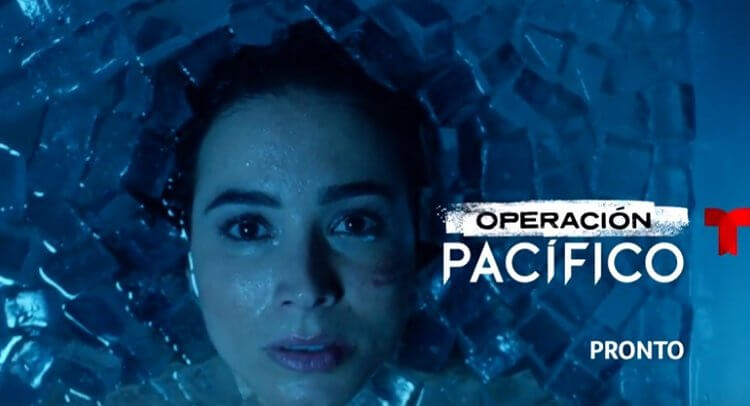 Telemundo Operación Pacífico spoilers indicate reveal Amalia Ortega’s (Majida Issa) job just got harder. She’s been dealing with a lot in only a few episodes. There’ve been multiple dangerous missions, for one. Her family was under attack, as well as her job. Even as she scores a major win, it might not be for long. Here’s what you need to know.

Amalia got an out. Her boss wanted her to take a time out, as this was far too emotional a thing for her to handle. Her family’s been targeted, so that needs to be her focus. We have to say, we love that the option came her way. It’s a kind thing, but Amalia won’t go for it.

Operación Pacífico spoilers indicate she said her family is why she can’t take time off. There’s a bad guy out there who knows who she is, and who her family is. The Doctor (Jorge Zárate) even used her husband’s penchant for hiring prostitutes to trap Amalia into doing what he says. That’s something she won’t stand for. And she almost succeeded.

Her team jumped into action and set up a sting. One of her teammates, Paula Gaitán (Shany Nadan), played a prostitute to catch The Doctor. He’s apparently got a habit of seeking a little stress relief when things don’t go his way. After a couple of missions dealt him harsh blows, he needed it. But, his habit led to trouble. He ended up captured by her team after coming thisclose to escape. Still, this might not be it.

We know there’s a mole in the organization. Operación Pacífico spoilers reveal Amalia knew very fast it had to be. How else would the bad guys know what they know? After the latest mission, proof came. While they don’t know who the leak is, they do believe it’s high up. So much so, Amalia put up a fight when The Doctor was to be transferred without her being there, and he had to go to the DA and be officially booked before she could question him. This didn’t sit well.

Amalia stood her ground and ended up getting her way. We saw an elaborate operation take place to transfer their prisoner, but it might not be enough. The episodes ended with something that very much reminded us of Majida’s final scenes in the Paraíso franchise. An attack on the caravan led to the door being blown open. Unlike Yésica “La Diabla” Beltrán’s ill-fated transfer, The Doctor’s friends were behind, so the truck was not blown to bits, nor did anyone get disfigured—yet. We’ll be looking forward to how the rescue of The Doctor plays out tonight.