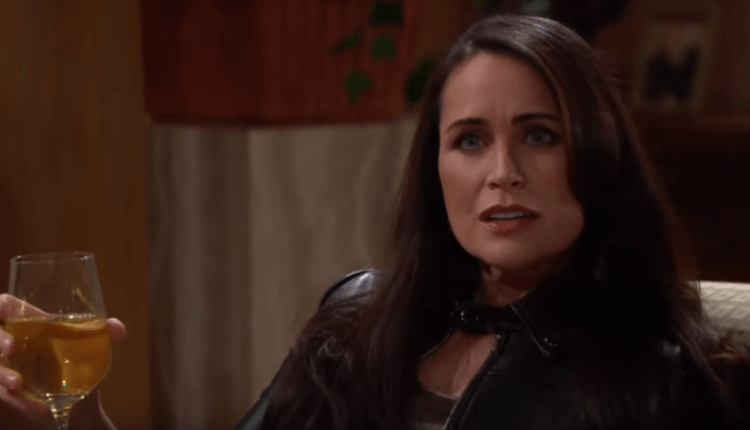 CBS ‘The Bold and the Beautiful’ (B&B) spoilers finds that nothing like another knockdown, drag-out fight involving Quinn and her uncooperative victim to get the CBS show juices flowing.

We all know Quinn Fuller (Rena Sofer) is a woman of action and has a habit of betraying anyone foolish enough to trust her, but will she betray Thomas Forrester (Mathew Atkinson) given they’re so much alike? The obvious answer is yes, but what if they work exceptionally well together?

Over the last couple of days, we’ve seen Brooke Logan (Katherine Kelly Lang) defy conventional wisdom and common sense and wake the slumbering demon in her quest of righteousness. In other words, Brooke’s a dead woman walking.

Especially given how clueless she was to leave her to drink unattended, but that’s part of the fun and now with Thomas in the mix… well, it’s going to get interesting and CBS The Bold and the Beautiful Spoilers will be right here with the action.

CBS ‘The Bold and the Beautiful’ Spoilers: In The Big Leagues Now

Thomas has long been a heavy hitter when it comes to inventive ways to get what he wants. He’s worked to break up marriages, tried to convince his son the house was haunted, and many, many other things. He’s a master manipulator constantly on the prowl for something or someone new to manipulate. Then there’s Quinn, the apex predator on B&B, if not daytime television in general, and she’s built a reputation as being crazier than Thomas, or as fans like to say, “can go from 0 to crazier than Thomas” in less than a minute.

So, it makes perfect sense for them to team up, right? Or maybe the writers hate Brooke that much and want to bring in a new character for Katherine to play? Maybe a little of column A, and a little of column B? Either way, Thomas managed to find himself in the perfect position to listen in to Quinn and her husband, Eric Forrester (John McCook) finish their conversation about Quinn behaving herself (yeah, right) while Eric talks to Brooke. In his enthusiasm to remove Brooke as opposition to him hooking up with Hope Logan (Annika Noelle), he offered and unholy alliance between him and Quinn. Gotta hand it to him. Thomas has guts.

CBS ‘The Bold and the Beautiful’ Spoilers: How long Until Thomas Feels Quinn’s Sting?

A great question, and one we at CBS The Bold and the Beautiful has a couple of thoughts on.

First, It felt like a mistake for Quinn to admit to him what she did to Brooke, but it was also smart as it fed into Thomas’ eagerness and he unloaded the entirety of his plan to break up Hope and Liam Spencer III (Scott Clifton) so he could move in and reclaim his prize — a hurt and shellshocked Hope. To balance that, he had what seemed like a genuine heart felt concern for Brooke drinking again. But that ended when he explained how Eric would rush to her side to help, forgetting anyone else in the process. There goes any chance of redemption he had, assuming there was a slight chance of one to begin with. You could feel the excitement rolling off of him at the prospect of working with Quinn, but the poor guy never stopped to think how long before he’s locked in her bullseye.

Let’s face it, Quinn isn’t going to mess around with him for long. As soon as he’s lived out his usefulness, oversteps his bounds with her by threatening her, or even just annoys her, that bullseye is going to become a little red dot. Of course, Thomas could beat her to the punch and tell everyone she’s the reason Brooke fell off the wagon, or had this accident or that. He may even cut her break line and try to blame it on Quinn, and that type of maneuver would be his undoing. Quin’s been around the block too many times to let a conniving weasel like Thomas dictate anything to her, so expect her to set him up in the next couple of weeks. Sooner if the other storylines take less time or are pushed to the back. She’ll either have someone placed to hear him bragging or record him, being sure to keep her own comments neutral to horrified as needed. Maybe even set him up so his fingerprints are on any suspected bottle or item that could lead to Brooke’s suffering. 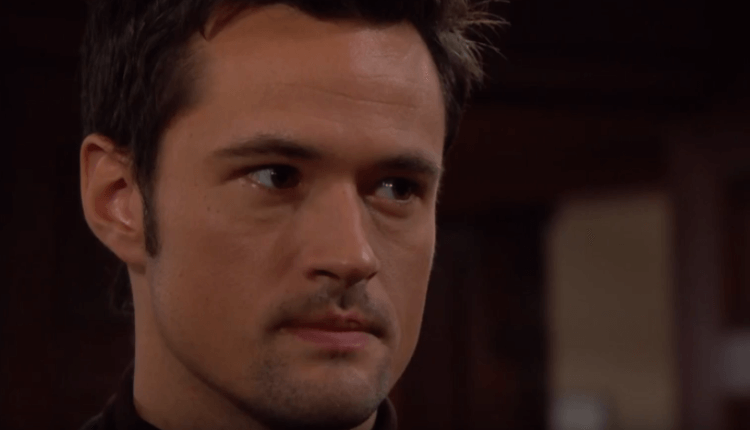 Sure, there would be some that would suspect her, but since Steffy Forrester (Jacqueline MacInnes Wood) doesn’t seem willing to keep Thomas and her plan secret much longer, it’ll be game, set, match Quinn. Maybe in his next life, Thomas will come back as Quinn’s assistant. He’s got to learn the game from someone at some point, right? So, what are your thoughts? We’d love to hear from you, so let us know what you think will happen in the comments, and keep checking out dailysoapdish.com and CBS The Bold and the Beautiful Spoilers for more spoilers, updates, and fun fan theories.