‘The Young and the Restless’ Spoilers for December 26th: Oh What A Tangled Web Billy Weaves 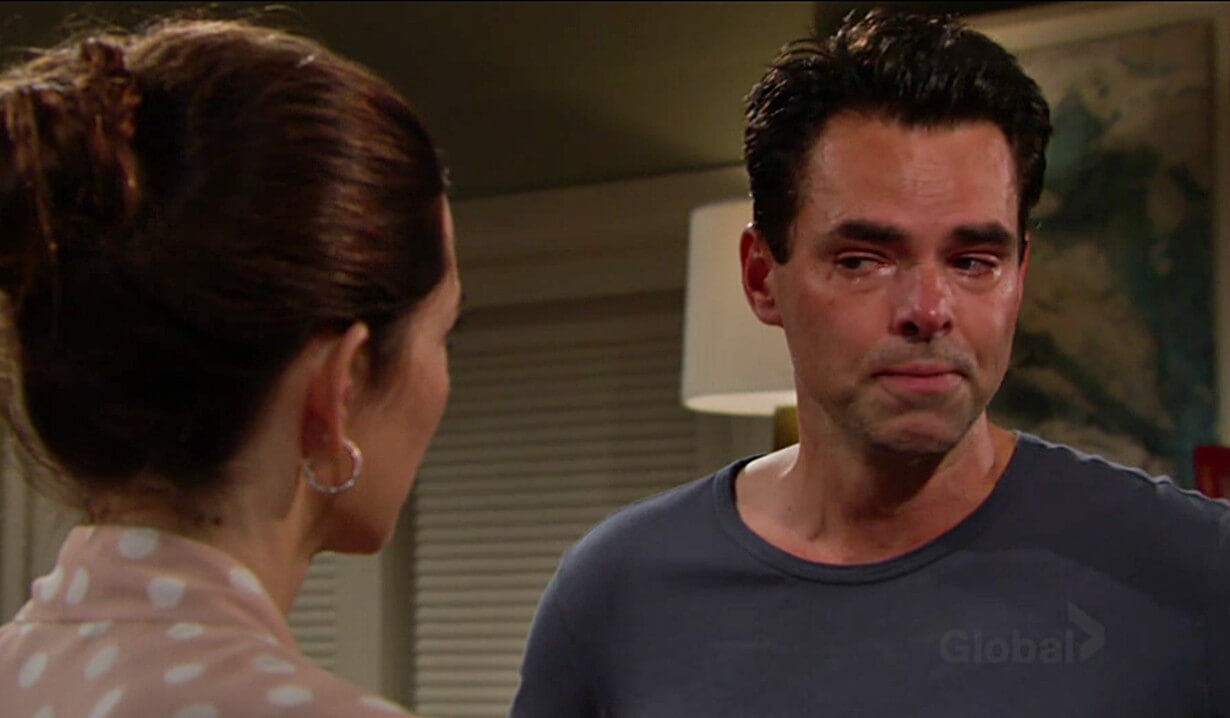 ‘The Young and the Restless’ (Y&R) spoilers for December 26th, 2019 indicate that Amanda Sinclair (Mishael Morgan) will spot Billy Abbott (Jason Thompson) and Victoria Newman (Amanda Heinle) from across a crowded room at the Grand Phoenix and goes over to introduce herself. Victoria won’t comment on it, but she’ll definitely notice how much she looks like the late Hilary Hamilton (Mishael Morgan). When Amanda realizes that Victoria didn’t comment on her looking so much like Hilary, she’ll mention it and then Billy will offer up the information that he originally did comment on it and that is when Victoria will realize that Billy and Amanda know each other. Billy will tell her that, yes, they’ve bumped into each other around town before  (Why hide it, Billy? Geeze.)

Summer Newman (Hunter King) will be pouting because Nick Newman (Joshua Morrow) extended a holiday invite to Adam Newman (Mark Grossman). So she’ll call Mom Phyllis Summers (Michelle Stafford) and tell her all about it, once Phyllis finds this out she will have a wonderfully awful idea. She’ll have a drink with Amanda at the bar and Amanda will casually mention that she hasn’t had to buy her own drinks lately when makes Phyllis wonder just who’s doing the buying and just which man she’s alluding to.

‘The Young and the Restless’ Spoilers: Bill has doubts

Meanwhile, back with Victoria and Billy, Victoria won’t suspect a thing and will be singing Billy’s praises. She thinks they’re in a super good place and they know each other better than they ever have, but unfortunately there is a lot more going on underneath the surface than even she knows about and we will get to hear all about it in Billy’s inner monologue. Is this the beginning of the end? We shall see.

‘The Young and the Restless’ Spoilers: Adam proposes a trip to the farm and oh so much more!

Adam has the bright idea to take Chelsea and Connor Newman (Judah Mackey) to Hope Wilson’s (Beth Toussaint) farm for Christmas, but Chelsea isn’t buying it and thinks that he just wants to avoid Nick. Adam on the other hand thinks that Chelsea is the avoidant one because he says that if they go to the farm, Chelsea will have to deal with all the old feelings that will undoubtedly resurface if they go to the same place they exchanged vows. He’ll then profess his love for Chelsea and ask her if she feels the same way. Of course Chelsea will be adamant that the only man that she loves is Nick. Adam says that Nick is just her safety net (oooh, ouch!) and when Chelsea says that it’s not a good idea for them to go to Nick’s party together Adam will wonder just where Chelsea is going to be when Connor wakes up on Christmas morning.

‘The Young and the Restless’ Spoilers: Phyllis rats out Adam

‘The Young and the Restless’ Spoilers: Billys backs out

Billy will encourage Victoria and the kids to go to Telluride without him because he has to stay in town for contract negotiations. The real reason behind him backing out has nothing to do with work however and everything to do with the fact that he doesn’t feel that he can measure up to Victoria’s expectations. Come on, she booked the vacay for nothing, Billy! Geeze.

‘The Young and the Restless’ Spoilers: Theo throws himself into work

Over at Jabot, Theo Vanderway (Tyler Johnson) will tell Summer that he feels guilty about skipping the Abbott Family Christmas gathering so he’s just going to throw himself into work. He confesses that attending didn’t really feel right since he’s not actually family. They’ll then discuss some kind of contest and some marketing material that Summer’s very excited about releasing. She will also insist that she can handle Kyle Abbott (Michael Mealor) which will make Theo wonder if she’s trying to run interference. She’ll also tell him that the reason that he’s avoiding the family gathering is probably due to Lola Abbot (Sasha Caille) and thinks that Theo just doesn’t want to see her and Kyle together, but Theo thinks that Summers’ just trying to cause trouble and will insist that he’s fine. However, Summer will wish that there was so that she could get Kyle back but for now she’ll drop the subject but will insist that sooner or later, try ash Theo might, the truth will come out. Stay tuned!!!

TLC Welcome to Plathville Spoilers: Olivia Plath Has Something to Say About TLC Network!

CBS ‘The Young and The Restless’ Spoilers Update: Adam’s Vegas…

CBS ‘The Young and the Restless’ Spoilers: (Poll) Should Kyle Abbott Be…

CBS ‘The Young and the Restless’ Spoilers Wednesday, January 22: Fenmore…

CBS ‘Young and the Restless’ Spoilers: Nick Won’t Be A Part Of Sharon’s…