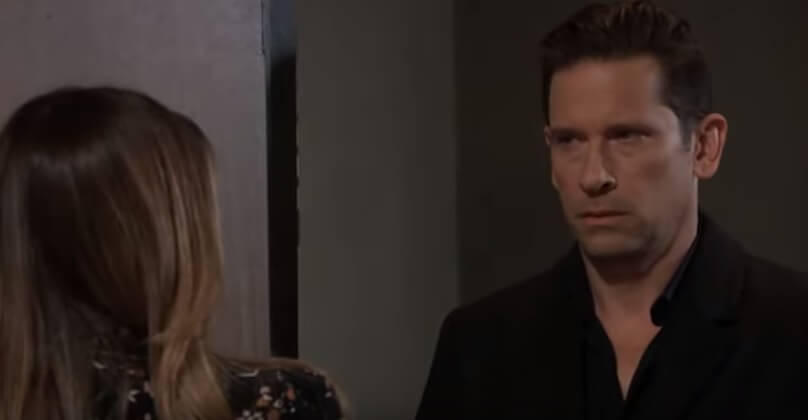 General Hospital spoilers reveal that Port Charles has had a lot of confusion lately. With Franco Baldwin (Roger Howarth) thinking he’s Drew Cain (Billy Miller), it’s a crazy place. Families have been torn apart over this. Not to mention how it’s made Kim Nero (Tamara Braun) more unstable. But is there an end in sight to the Frankendrew drama? Here’s what you need to know.

The experiment left Franco so convinced he’s Drew that he’s forsaken everything Franco. This includes Elizabeth Webber (Rebecca Herbst) and her kids, as well as Scott Baldwin (Kin Shriner), and art. He fought tooth and nail to be able to stay Drew after Elizabeth locked him up. But a surprising event Friday, November 15th changed things.

In a scene with Jason Morgan (Steve Burton), Frankendrew is reflective. Thanks to a previous chat with Scott, Frankendrew has been reminded of how Franco saved Drew a long time ago. He even refers to “Drew Cain” when he makes a disparaging remark about wearing that uniform in court. He describes the move as mostly a show, but now it looks like he sees who the real hero is. We were not expecting that one. At least, not yet.

Another thing we think is factoring into this is Kim. Again, he’s aware of how messed up she is after learning she nearly raped Drew to conceive another kid. All of this must be weighing on a mind that’s warring with itself. In the end, he admits that the body he’s in doesn’t belong to him. Despite Drew’s love of the water and skills, the water would eat him alive in this body. Another big admission from a guy who was that determined to stay Drew. So, what’s next?

ON SALE NOW: Get your tickets to our second #GeneralHospital Fan Celebration at ‪#Graceland‬! Click the link in our bio for more information. @visitgraceland #GH

With Kim leaving Port Charles alone, we think it’s only a matter of time before Franco takes back control. General Hospital spoilers have indicated that Elizabeth and Cameron Webber (William Lipton) have fought hard to bring Franco back, and they keep bringing up Franco’s promise to return. With Franco’s recent reflective side, it’s possible he will seek them out in the coming days or weeks to talk. We see a gradual transition back in the future, as Frankendrew connects with his true past.

Days of Our Lives spoilers: Is Gabi’s plan about to backfire?