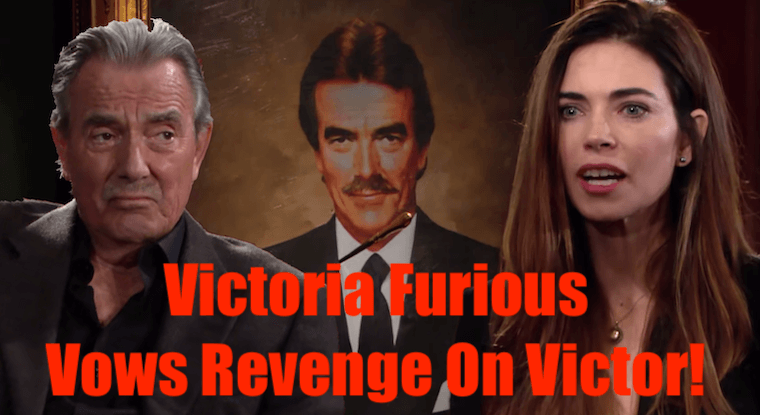 ‘Young and the Restless’ (Y&R) spoilers for the week of Monday, October 7to Friday, October 11 find plenty of twists and turns and new developments from our favorite characters in Genoa City. There will be some people looking to the past while others will struggle with what’s in store for their futures. Here’s everything you need to know.

The week begins with Jack Abbott (Peter Bergman) and Traci Abbott (Beth Maitland) looking at the past and their family’s history. They go over some major milestones, celebrations and heartbreaks as they prepare to tell the story of the Abbott family. Meanwhile, Victor Newman (Eric Braeden) works to make some amends with his own family. He wants to put things back at Newman Enterprises but unfortunately his daughter Victoria Newman (Amelia Heinle) refuses to cooperate with him.

Phyllis Summers (Michelle Stafford) is reveling in a personal triumph while Kyle Abbott (Michael Mealor) and Billy Abbott (Jason Thompson) will both be vying for the top position at Abbott. She’s also laughing at the fact that her enemy just got demoted at her own family business. Jack Abbott (Peter Bergman) meanwhile is enjoying his semi-retirement and being away from all of the drama at the office. Meanwhile, Cane Ashby (Daniel Goddard) runs into Phyllis in Las Vegas. He finds himself in hot water when he is knocked out after responding to a text to meet up with Chance Chancellor.

Knowing that he’s done enough damage, Victoria Newman makes an appeal to her father Victor Newman in the hopes that he will listen to her. She refuses to give up without a fight. Victoria then makes a stunning decision designed to show her father she can be just as ruthless as him.

Chelsea Newman (Melissa Claire Egan) decides to start things off fresh by letting something finally go. And that person she wants to let go is Nick Newman (Joshua Morrow). Victoria Newman (Amelia Heinle) is stunned and displeased to learn Victor Newman (Eric Braeden) intends to return to Newman Enterprises as CEO. She feels he only put her in as CEO to spite Adam Newman (Mark Grossman), and is tired of feeling second best. After she updates Billy Abbott (Jason Thompson), he offers her a position at Jabot.