‘Young and the Restless’ Spoilers Thursday, October 10: Chelsea Has Had Enough, Kicks Nick To the Curb – Chick No More! 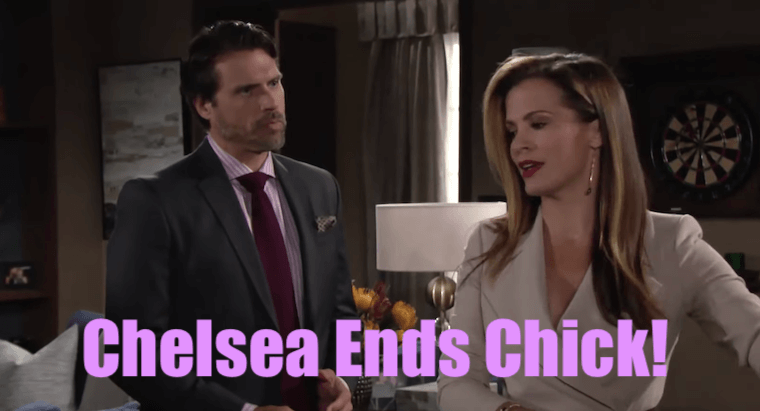 ‘Young and the Restless’ (Y&R) spoilers for Thursday, October 10 is here. Chelsea Newman (Melissa Claire Egan) decides to start things off fresh by letting something finally go. And that person she wants to let go is Nick Newman (Joshua Morrow). Victoria Newman (Amelia Heinle) is stunned and displeased to learn Victor Newman (Eric Braeden) intends to return to Newman Enterprises as CEO. She feels he only put her in as CEO to spite Adam Newman (Mark Grossman), and is tired of feeling second best. After she updates Billy Abbott (Jason Thompson), he offers her a position at Jabot. Here’s what you need to know.

Chelsea Newman knows that there are some changes that need to be made in her life. After realizing that Nick is the kind of guy who likes to keep certain secrets to himself, she’s decided that it’s time to let him go and move on. In other words, they won’t be bed buddies anymore. However, she also has to factor in the fact that there will be other people impacted by her decision. One person who is going to be left upset the most is Connor. Not only did he have a hard time with Victor’s death, but seeing both Adam Newman (Mark Grossman) and Nick Newman walk away from their lives is going to be too hard for him to handle.

‘Young and the Restless’ spoilers for Thursday, October 10: Chelsea decides to start a new life without Nick.

Elsewhere, Victoria is seriously thinking about the offer that Billy made to her. If she left Newman Enterprises for Jabot, it would be the ultimate stab in the back for father. Does she really want to go that low? Or does she want to try and renegotiate her status at Newman? Either way, Victoria already has a plan in mind and is not going to give up on this yet.