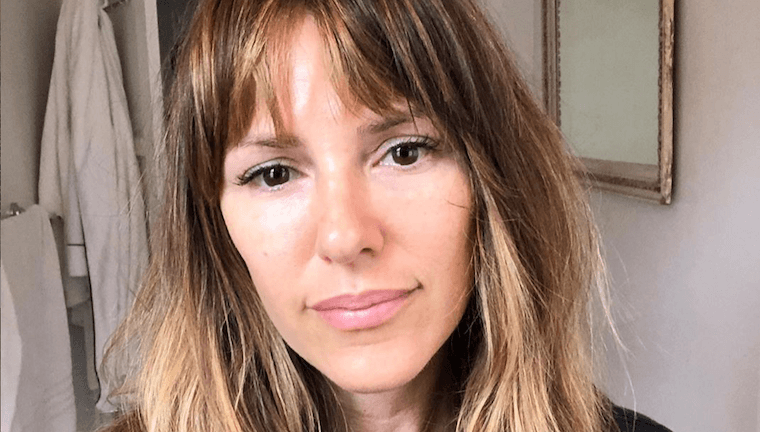 ‘Young and the Restless’ (Y&R) Spoilers star Elizabeth Hendrickson (Chloe Mitchell) might be happily married and pregnant right now, but her road to happiness was a long, bumpy one. In fact, the actress is opening up about her past pregnancy struggles and all of the turbulent emotions she had to go through before getting to the point of where she is today.

Sharing a black-and-white photo of her and her husband Rob Meder right before their wedding day in St. Barths earlier this year, Elizabeth wrote, “Two years ago in early October I found out I was pregnant with our first child. I was in shock, it was not planned. I was excited but also scared. I wasn’t sure if I was ready but knew I was with the person I wanted to have a child with so I came around quickly. Shortly after I experienced my first miscarriage. It was also a shock as it had all come and gone so quickly. A few months later I was pregnant again. I was more prepared for the positive result and so thankful to be able to get pregnant so quickly also for being in my late 30s. On the day of my first scheduled doctors appointment at 8 weeks I started experiencing the same cramps as the last time.”

Elizabeth Hendrickson then went on to describe how emotionally broken she felt and how she thought that she would never ever get to see the day that she would carry a baby full-term.

She added, “It was awful. Painful. Emotionally and physically. I felt discouraged, incompetent and started having doubts in myself if i was ever meant to be a mother. I didn’t know how common it was until I started talking about it more openly with my friends and even with women I wasn’t that close with at my business. It helped immensely. The stories that other women shared made me realize I was not alone and at times I felt guilty talking about it when I heard about those who had miscarriages much later than I or had given birth to still borns.”

Elizabeth Hendrickson then encouraged her fans and her followers to open up about their own miscarriage and pregnancy experiences. She further said “Talk about your experiences. Good or bad. You will find a new tribe of support you never knew existed. Its what gave me the strength and courage to continue to try. We were meant to be parents, when the timing was right. I couldn’t at the time understand why that was our story but now looking back I can see it all clearly. What’s meant to be is meant to be. Trust the story being written no matter how it may unfold. It somehow always works out in the end. To all of those who have had similar experiences I wrap my virtual arms around you and squeeze you tightly. I know how awful it all feels. You have support, please try to talk about it, it helps immensely.”