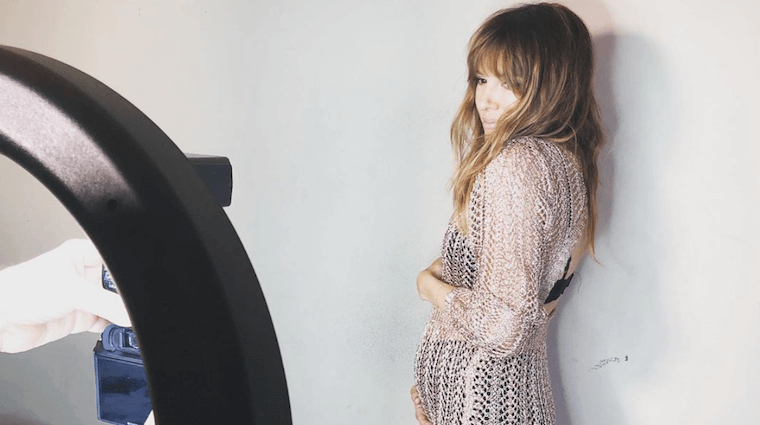 The Young and the Restless Spoilers: Elizabeth Hendrickson announces pregnancy

‘Young and the Restless’ Spoilers indicate that recently, Elizabeth Hendrickson, Chloe Mitchell of Y&R and former Margaux Dawson of GH took to instagram to announce her pregnancy. It’s all smiles now hut it wasn’t always. Hendrickson had a rather difficult pregnancy journey that all began two years ago. “Two years ago in early October, I found out I was pregnant with our first child.” recounts Hendrickson.

But sadly the pregnancy was not to be and she miscarried the first child. Then, a few months later she was told that she was pregnant again. She made it to the 8 week mark and then on the morning of her first appointment disaster struck. “I started experiencing the same cramps as the last time. It was awful. Painful. Emotionally and physically. I felt discouraged, incompetent and started having doubts in myself as to whether I was ever meant to become a mother.”

‘Young and the Restless’ Spoilers: It’s more common than you think

The truth is, about ten to fifteen percent of all pregnancies result in miscarriage according to the March of Dimes. Even with today’s awareness about such things, it’s not a thing that is often talked about. While there are a lot of resources out there, the feelings that most women have concerning this phenomena mirror the ones that women were still having 40-50 years ago. A lot of women feel like Hendrickson did, alone, incompetent, and questioning fate. Whether or not they are ‘meant to’ have the happiness they desire.

Two years ago in early October I found out I was pregnant with our first child. I was in shock, it was not planned. I was excited but also scared. I wasn’t sure if I was ready but knew I was with the person I wanted to have a child with so I came around quickly. Shortly after I experienced my first miscarriage. It was also a shock as it had all come and gone so quickly. A few months later I was pregnant again. I was more prepared for the positive result and so thankful to be able to get pregnant so quickly also for being in my late 30s. On the day of my first scheduled doctors appointment at 8 weeks I started experiencing the same cramps as the last time. It was awful. Painful. Emotionally and physically. I felt discouraged, incompetent and started having doubts in myself if i was ever meant to be a mother. I didn’t know how common it was until I started talking about it more openly with my friends and even with women I wasn’t that close with at my business. It helped immensely. The stories that other women shared made me realize I was not alone and at times I felt guilty talking about it when I heard about those who had miscarriages much later than I or had given birth to still borns. Talk about your experiences. Good or bad. You will find a new tribe of support you never knew existed. Its what gave me the strength and courage to continue to try. We were meant to be parents, when the timing was right. I couldn’t at the time understand why that was our story but now looking back I can see it all clearly. What’s meant to be is meant to be. Trust the story being written no matter how it may unfold. It somehow always works out in the end. To all of those who have had similar experiences I wrap my virtual arms around you and squeeze you tightly. I know how awful it all feels. You have support, please try to talk about it, it helps immensely.

‘Young and the Restless’ Spoilers: All’s well that ends well

However, Hendrickson slowly began opening up to her family and friends about the loss, and she was surprised by the fact that she wasn’t alone. That this kind of occurrence is a lot more common than people actually think. In her post, she encourages women to talk about their birth experiences, good or bad. She says that in talking about your experiences, “you will find your tribe”.

Now Hendrickson is happily pregnant, and living her dream to be a Mom. The term for having a child after miscariage is termed “rainbow baby”, and we can think of no one more deserving. We wish her the best of luck on this new chapter in her life and all the happiness in the world. Be sure to catch her daily on the Young and the Restless, stay tuned!

‘Days of Our Lives’ Spoilers: Ben & Ciara Ready For Next Chapter – Baby On the Way For CIN?

‘Bold and the Beautiful’ Spoilers: Mario Lopez (Dr. Christian Ramirez) Is At It Again, Signs For Saved By the Bell Reboot!