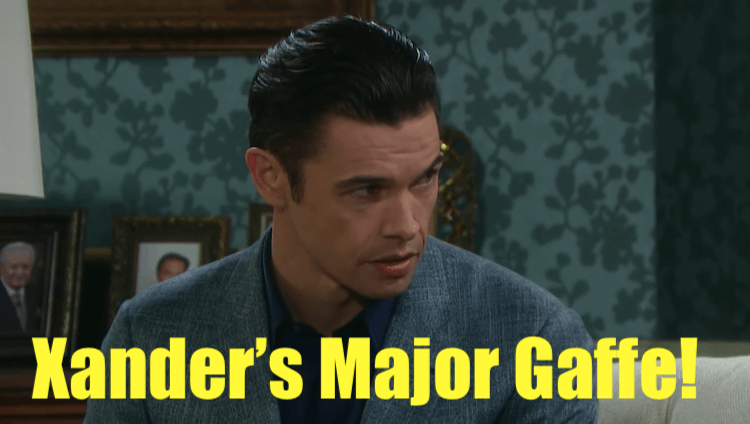 ‘Days of Our Lives’ Spoilers: Xander’s Huge Gaffe To Have Major Ramifications! 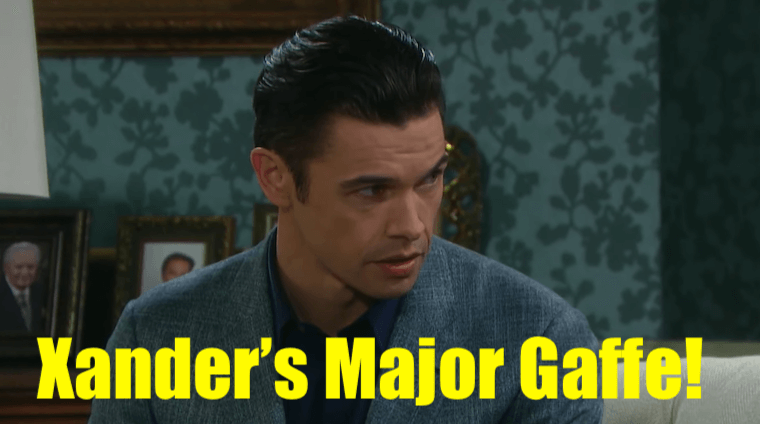 ‘Days of Our Live’ (DOOL) spoilers reveals Jennifer Horton’s (Melissa Reeves) kidnapper, finds Brady Black (Eric Martsolf) fighting the pull again, and leads to a slip up by Xander Cook (Paul Telfer). We also learn Sarah Horton (Linsey Godfrey) has made a decision. If you missed it, let’s get to your ‘Days of Our Lives’ recap.

‘Days of Our Lives’ Spoilers: That’s not change

Kristen DiMera (Stacy Haiduk) finds Brady out for a run and starts regaling him with her tales of benevolence. Brady’s not exactly impressed, because she apparently couldn’t be bothered to help Tony DiMera (Thaao Penghlis) until she had something to gain from it.

Kristen thinks that this is just a technicality, then goes on about how she’s now all about the love. They’re the only couple she hasn’t manage to reunite or put on the path toward. She insists that she wants to walk in the light with him. She seems to be getting to him, but when is anything easy in a soap?

Abe Carver (James Reynolds) just happens to come along as well and insists that she leave Brady alone. Kristen thinks they made a great team and could again, but he says if he knew who was really behind that mask, he never would’ve been working with her to start with.

Sarah is having a hard time today. She’s been doing a lot of soul searching to decide what to do about her pregnancy, which she is sure is by Eric Brady (Greg Vaughan). She’s also feeling a bit of pressure when Xander points out that her secret will be very obvious before long.

She admits that she’s been thinking of nothing but this situation and has decided to end the pregnancy. She doesn’t want Eric to find out and feel obligated. Xander is clearly not convinced she is totally sold on this, but she insists the decision is made and he needs to keep his mouth shut.

‘Days of Our Lives’ Spoilers: In the same boat

Later, Kristen visits Casa Kiriakis to look for Brady, but finds Xander instead. She is not thrilled and promises he’s going to pay for selling her out. He argues that he was doing the right thing, and he wants to prove to Sarah he’s worthy.

Now they’re talking. Kristen wants the same thing with Brady Black. It looks like they’ve found a little common ground, but Xander takes exception to Kristen claiming her scheme didn’t actually hurt him. Sarah is now crushed. As they argue that, he spills about her being pregnant. Oops. Way to give Kristen some ammo for future use.

Eve Donovan (Kassie DePaiva) might not have Jack Deveraux (Matthew Ashford) or her job anymore, but she’s not down. Eve is always looking to her next move. When she sees Abe at the park, she proposes a partnership. She claims to regret helping Jack win and thinks they should team up to take him down.

She points out she worked miracles with a guy with no memory, so there’s no telling what she can accomplish with a guy like Abe. He’s basically, “Thanks, but no thanks.” We don’t blame him at all, and Eve should have known better than to think this was remotely possible. He thinks the best thing for her is to let go of her anger and bitterness.

Throughout the episode, we see both Eve and Dr. Wilhelm Rolf (William Utay) sporting gloves like the one’s Jennifer’s kidnapper is wearing. They even show Eve with two bags of food in her hand, and have Jack and JJ Deveraux (Casey Moss) questioning Rolf’s sudden return. Both, however, deny any involvement and are later proven innocent.

‘Days of Our Lives’ Spoilers: Will the real kidnapper please stand up?

Jennifer has spent most of the episode trying to escape the ropes binding her, and she finally has some success. She gets one arm free, but then probably makes every fan do a collective #headdesk by sitting there with one arm free as she screams for help and looks around frantically. Girl, it’s called untying the other hand. Then trying a door. You might have heard of it.

Unfortunately for her, she wastes too much time. Soon, she hears her kidnapper opening the door. She quickly puts her gag back on and makes it look like her other arm is still bound. When the kidnapper comes in, we see it’s actually Dr. Henry Shah (Piter Marek).