‘Days of Our Lives’ Spoilers: Major Shocker – Sarah Decides To Abort the Baby! 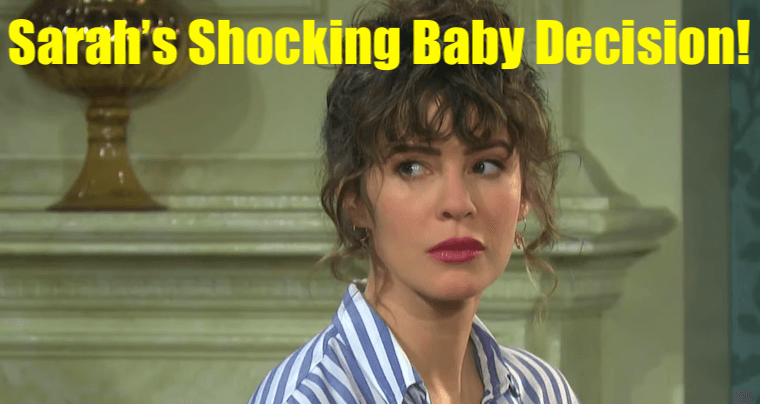 ‘Days of Our Lives’ Spoilers: Jack and JJ realize that Jenn is in trouble

‘Days of Our Lives’ (DOOL) Spoilers for September 19th, 2019 indicates that Jack Deveraux (Matthew Ashford) and son JJ Deveraux (Casey Moss) will be alarmed because according to an incoming text from Jennifer Horton’s (Melissa Reeves) phone she was just off following a lead for a story, but upon further investigation they will find out from Adrienne Kiriakis (Judi Evans) that there is no story! So naturally they’ll both be worried that Jenn is in trouble.

Jack will keep calling and texting Jennifer’s phone and finally someone will pick up, but it won’t be Jenn, it’ll be the guy holding her hostage, Dr. Henry Shah (Piter Marek) who has decided that if he can’t have Jennifer, no one can especially Jack, the guy she keeps throwing him down for. Thankfully, Jennifer manages to get free enough so that she can text Jack her location so that he can come rescue her, but that doesn’t mean that she’ll be easy to get to!

‘Days of Our Lives’ Spoilers: Don’t pat yourself on the back, Kristen

Meanwhile, Kristen DiMera (Stacey Haiduk) will be wanting her good deeds to pay off. She’s agreed to not only help find Dr. Wilhelm Rolf (William Utay) but has also agreed to help brother Tony DiMera (Thaao Penghlis) in his quest for freedom by corroborating his version of events. Kristen isn’t doing this for karmic brownie points, or because of some personal quest to become a better person, rather she just wants to impress Brady Black (Eric Martsolf) and she’ll be talking herself up in her latest conversation with him. However, Brady needs more proof than what he’s been given.

Poor Sarah Horton (Linsey Godfrey) will be struggling with the decision on whether or not to keep her pregnancy, as we all know, it looks like she is pregnant with either Eric Brady’s (Greg Vaughan) or Rex Brady’s (Kyle Lowder) baby, but its leaning toward Eric being the baby daddy here. She’s been going back and forth, struggling on whether to tell him or not, but it looks like this week she will make the decision to end her pregnancy. However that may not be a decision that actually sticks, she may decide next week that she’s keeping it, but for that we will have to stay tuned!

‘Young and the Restless’ Spoilers: This Is Us Star Justin Hartley (Ex-Adam Newsman) Stars in New Film “Jexi”!