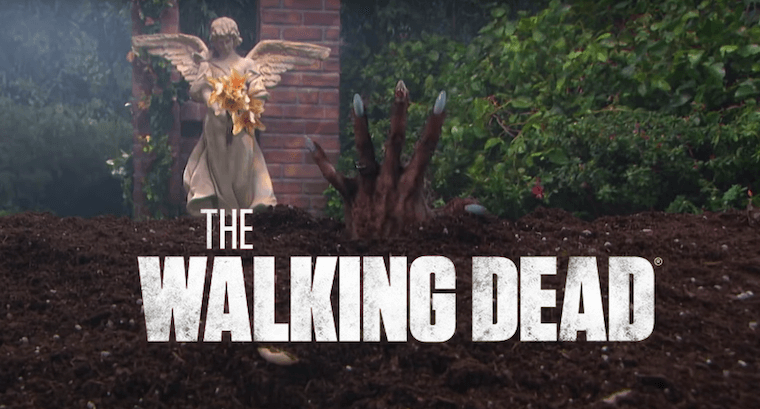 ‘Days of Our Lives’ Spoilers: Violence is never the answer, Victor

‘Days of Our Lives’ (DOOL) Spoilers for September 9th, 2019 indicate that Brady Black (Eric Martsolf) just got his eyes full of a sight that he, or no one else for that matter, ever wanted to see. He walked in on Victor Kiriakis (John Aniston) trying to murder Ben Weston (Robert Scott Wilson) and he’ll be utterly appalled by it.

He will rail Victor for his actions, saying that murder really isn’t the way to go about resolving his issues with Ciara Brady’s (Victoria Konefal) relationship. Victor will reluctantly back off but s finished trying to break the two up yet, he may not try to kill Ben anymore (at least not directly), but he’ll still try to get them to go their separate ways. Hah, good luck, Grandpa!

‘Days of Our Lives’ Spoilers: Ciara reminds Gabi how awful she is

Ciara will have her own battles to fight, she’ll be busily attacking Gabi Hernandez (Camila Banus) for leaving poor Julie Williams (Susan Seaforth Hayes) to die of a heart attack in the middle of the park. Gabi defends herself by saying that it was an honest mistake, that she honestly thought that Julie was faking it but it looks like Ciara won’t be buying any excuses today.

She’ll insist that she hates what happened to Julie and will apologize profusely for her actions but there’s really not much she can actually do about it now… oh well!

Meanwhile, Kate Dimera (Lauren Koslow) will find herself shot and at the bottom of someone’s already prepared grave, Vivian Alamain’s (Robin Strasser) ‘parting gift’ to her. She was just returning the favor from last year, share and share alike! Vivian wanted to beat her track record and actually bury someone who was dead this time, but not so! Not so.

Kate, like the trooper she is manages to climb out of this grave and drag herself to the hospital, Maybe Kate should go on ‘Survivor’ for a round or two? Vivian will let Stefan in on what she did and at first the two will be kind of happy that Kate has bite the dust, but then, he starts having second thoughts and realizing that he just got his Mom back just in time for her to be hauled off to the big house which wasn’t in Stefan’s plans at all!

‘Days of Our Lives’ Spoilers: Will Sarah’s baby interrupt Ericole?

Sarah Horton (Linsey Godfrey) will have her own predicament to ponder over. She’s just discovered that she’s pregnant and will ponder over the fact of whether telling Eric Brady (Greg Vaughan) is a good idea or not because guess what, it could be his! Or, it could be Rex’s. Either way, while she’s doing that Eric will tell Nicole Walker (Arianne Zucker) about the new woman in his life, and Nicole will understand for the most part.. as long as she’s the one who wins Eric’s heart in the end. And it looks like that’s exactly what’ll happen, we all know Ericole can’t keep their hands off each other for long. But how long will that be exactly? Stay tuned!!!