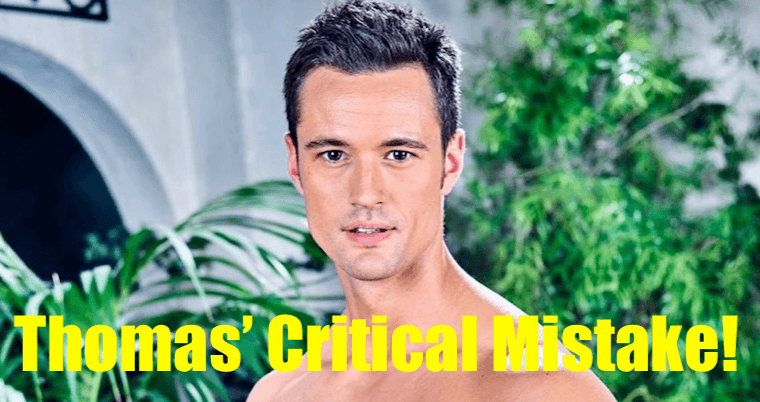 ‘Bold and the Beautiful’ Spoilers: Thomas sneaks in to see Douglas

‘Bold and the Beautiful’ (B&B) Spoilers for September 26th. 2019 indicate that Thomas Forrester (Matthew Atkinson) will make an unsupervised visit to son, Douglas Forrester (Henry Joseph Samiri) and be caught by Dad Ridge Forrester (Thorsten Kaye). It’s been a minute since we’ve seen Douglas, but not to worry, he’s been staying with Grandpa Ridge and Step-Grandma Brooke Logan (Katherine Kelly Lang) and during that time they’ve become extremely protective of him, knowing that Thomas used him in his scheme to keep the truth about baby Beth Spencer (River Davidson and Madeline Valdez) from Hope Logan (Annika Noelle).

He has also been spending time with Hope and Liam Spencer (Scot Clifton) down in the cabin along with Beth and they are slowly becoming a family unit, no one wants Thomas to come in and traumatize this little boy more than he already has, so needless to say Ridge will not like this development.

‘Bold and the Beautiful’ Spoilers: What Brooke don’t know won’t hurt her

Of course little Douglas is still a child and being a child means that no matter what he is still thrilled to see his Dad. This will make Ridge conflicted as he knows that it’s going to drive yet another wedge between him and Brooke, but at the same time he feels bad that Thomas can’t be involved in his son’s life right now, and that Douglas is missing his Dad so much.

Ridge may just keep Thomas’s visit to Douglas a secret from Brooke, but let’s hope little Douglas can keep his mouth shut. You know he’s kind of had a problem with that in the past. If not Brooke, he might mention it to Hope and Liam, more specifically Hope since they do have that Mother/Son bond going on.

‘Bold and the Beautiful’ Spoilers: ATTN: Shauna, DOWN GIRL!

Poor Flo Fulton (Katrina Bowden) cannot seem to win. If it’s not Sally Spectra (Courtney Hope) announcing her engagement to Wyatt Spencer (Darin Brooks), it’s her Mom, Shauna Fulton (Denise Richards) inventing an entire romance between her and Ridge Forrester after she spent a night with him above Bikini Bar.

This little romance was spawned, not of a night of passion, but rather from a kiss that happened between them while Ridge was completely unconscious (Good grief, Shauna, the guy doesn’t even have to be conscious? That’s worrying.), passed out from a night of drinking.

She seems to think that she has an actual chance with Ridge and this will irritate Flo to no end because on top of everything else, it’s just something she doesn’t need to hear right now. In spite of her daughter’s protests, Shauna seems determined to pursue Ridge, but will she continue this obvious fantasy or will Flo be able to put a cork in it? Stay tuned!