Young and the Restless Spoilers: Adam Blew It, Victor Orders Him Off His Property – Moustache Sides With Nick As Massive Showdown VS Prodigal Son Brewing! 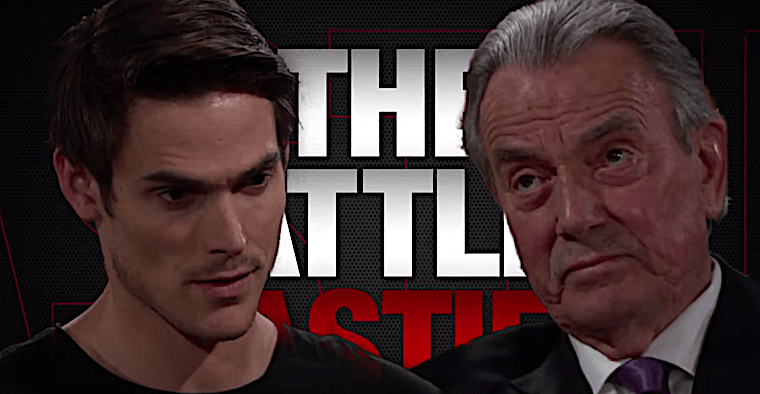 Young and the Restless (Y&R) Spoilers: Victor & Adam Face Off, the Moustache Orders His Prodigal Son Off His Property

It begins at Newman Enterprises, where Nate (Sean Dominic) is examining Victor. There’s no change in his condition but Victor remains optimistic. Victor also tells the doctor that he thinks the news about his health will bring his children together again. After Nate leaves, Nikki comes by. She tells Victor about the custody battle.

She thinks Adam is playing mind games while Nick Newman (Joshua Morrow) is wondering whose side his father will take. Nikki says that Nick is the only father that Christian has ever known and is urging Victor to let Adam know that he supports him.

Michael (Christian LeBlanc) visits with Adam at Dark Horse. He knows all about Kevin (Greg Rikaart) and tells Adam that he plans to use his little brother to do all of the dirty work for him. Adam laughs in his face. He thinks that he has Chloe Mitchell and tells Michael that he should fess up to the truth. Michael thinks that Adam is threatening him and says that he’s not about to stoop down to his level. Adam comments on how noble he is to defend his brother and warns that he better do his job.

The Young and the Restless Spoilers: Traci and Cane

Traci finds Cane at Society. They talk about his plans to move from Genoa City. They then talk about Traci’s book. Traci says that her hero is in trouble before Cane is interrupted by a phone call from Lily. She says that she’s not coming back to town for Neil’s dedication and cuts their phone call short. Cane then looks at Traci and says that he needs her. He asks if she can go to Neil’s dedication ceremony with her as his date. Traci accepts.

Paul finds Nikki at Crimson Lights. They talk about the lawsuit. Nikki says that her husband is a fighter but Paul says that it would be easier if he went down. Nikki is furious with his comments and leaves. Paul later catches Nikki at the park and apologizes for his words. Nikki begins to break down and tells Paul all about Victor’s condition. She’s afraid of the future. Paul tells her to focus on what she has rather than what she can lose.

Young and the Restless (Y&R) Spoilers: Adam & Victor Face Off

At the tackhouse, Adam is there with Victor. He says that Nick must have cried to his father. Victor tells him to stop playing games and to drop the custody battle. They exchange words. Victor then tells him that he has to leave his property. He’s given him a second chance and Adam blew it.

CBS ‘The Young And The Restless’ Spoilers: What Happened On Y&R Before Covid-19…