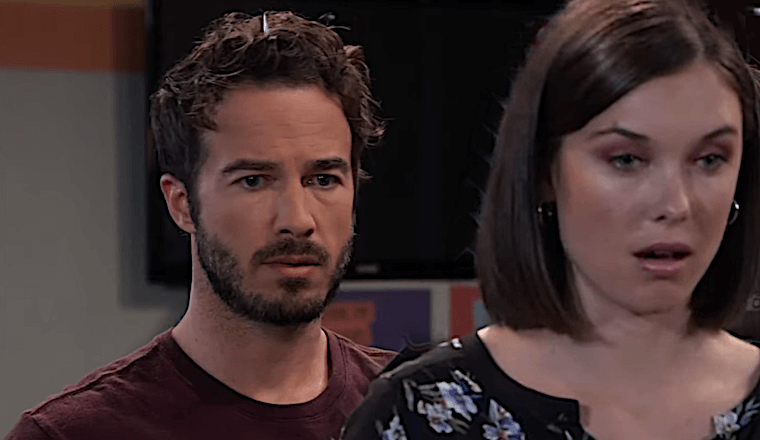 ‘General Hospital’ (GH) spoilers for June 10th, 2019 indicate that Julian will feel less than appreciated when Carly suggests that Lucas keep his distance from dear ol’ Dad. Lucas tells her that Julian’s been doing everything he can to help (running for world’s best Grandpa award, are we, Julian?), but Carly only looks at Julian and sees the trouble that has followed him in the past so she tells Lucas to be extra careful when dealing with him.

No word yet on how Lucas will choose to handle this advice, however something the gut feeling is that Lucas will take Carly’s warning with a grain of salt and associate with his Dad anyway. Diane Miller will visit Willow in the classroom to discuss how to handle the drama going down with the Wiley situation.

She won’t be pleased to hear that Willow accidentally confirmed her child’s survival to her Mother, Harmony, who could figure it out just from the fear in Willow’s voice. (She’s good.) But she will assure Willow that Shiloh won’t connect the dots because he’ll be too busy deciding which color jumpsuit to wear in prison (I hear in some states inmates guilty of sexual assault have to wear pink uniforms), but Willow won’t be convinced because hey, she knows Shiloh.

She tells Diane that maybe, just maybe the copies of the adoption papers that she has should disappear too. However, destroying such records could cost Diane her job and let’s face it, there’s not many people willing to do that over copies of papers, so there’s a hefty chance that Diane won’t do what Willow is asking.

However Willow, as we’ve all seen, is quite the resourceful chica and may take matters into her own hands. But she’s not the only one willing to do so, Shiloh is determined to find his son so he will ask questions about how to obtain the birth certificate in order to prove his son’s existence.

Meanwhile, Jason will talk to Detective Harrison Chase about Shiloh and while he hopes it’ll be an open and shut case, turns out, no not really! He has epic control over his followers and can convince them to do just about anything for him, including take the fall. (No word on who it is yet, but my guess is Harmony.)

Kristina will be hoping that Lady Justice will smack Shiloh around as well, and she will have a discussion with her Dad, Sonny, about that. Sonny may be cool with icing Shiloh, but Kristina isn’t, she will try and convince her Dad to abide by the law, but since when has that ever stopped Sonny Corinthos before?

Nina has an idea that will be beneficial to Crimson’s circulation, and that idea involves Ava Jerome. She wants to feature her on the cover of the magazine! Of course, Ava will wonder just what on earth she’s playing at, considering their past misgivings about each other. But Nina is willing to bury the hatchet temporarily to give Ava a chance to share her story about how she trapped Ryan Chamberlain. Will this turn into the debacle of the century? Stay tuned!