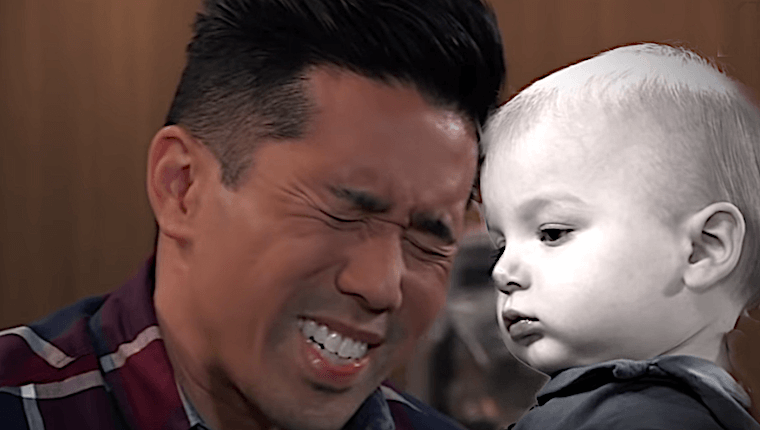 ‘General Hospital’ (GH) spoilers find Kim Nero (Tamara Braun) succumbing more to her grief by the day, disagreements over how to handle the Wiley situation, a diagnosis for Bobbie Spencer (Jacklyn Zeman), and trouble for Jason Morgan (Steve Burton). In case you missed the General Hospital spoilers, let’s get to the highlights.

Having already struck out with Julian Jerome (William deVry), Kim does exactly what we figured on: she propositions Drew Cain (Billy Miller). She thinks they did a great job in creating Oscar Nero (Garren Stitt) and believes they can help keep him alive through the brother or sister he’d wanted—a full sibling. Besides that, Drew would get to be there from day one in raising the child.

Drew, rightfully, looks completely disturbed (especially given her hallucination during their trip) and keeps pointing out that some kids hurting over a loss feeling his presence doesn’t mean he’s still here in some form. He thinks if she wants to have another child, she should wait and have one with her actual boyfriend. She admits he’s already said no to the idea, and points out there they are alternate ways for them to have a biological child. Someone get this poor woman help, like, yesterday.

Bobbie’s tests come back today, and Lucas Jones (Ryan Carnes) has to break the news that she is a Type 2 diabetic. Bobbie is thrown, as she takes good care of herself. She gives a million reasons for all these symptoms, and Lucas points out what a terrible patient she’s being. He urges her to accept the reality of her diagnosis and take care of herself to the letter. He also urges her to keep a special watch over her heart’s function, as more people with her condition die of heart problems than other complications.

Jason is caught trying to take Carol Lockhart (Mandy Musgrave) out of town. He’d tried to get out of things by pointing out he wasn’t actually in Beechers Corner, just outside it. Plus, this wouldn’t be the cop’s jurisdiction. The man isn’t ready to give up, though, and demands to see the face of who’s traveling with him. Seeing it’s Carol, he then accuses Jason of illegally taking off the ankle monitor and kidnapping her. After all, she’d made a mistake and paid for it. She’d never try to leave town all on her own. He orders Jason out of the vehicle and brings him to jail.

Later, the cop claims that the phones are down and there’s no good cell service there, so he’s out of luck in getting that one phone call. Jason eventually has enough of the guy’s bull and says he wants to hear from his lawyer, Diane Miller (Carolyn Hennesy), within 24 hours, or the guy’s going to get the badge sued right off him for violating his rights. Michael Corinthos (Chad Duell) will be coming to Stone Cold’s rescue.

On the custody front, Shiloh (Coby Ryan McLaughlin) is furious about Willow Tait (Katelyn MacMullen) refusing to spill his son’s location. Zahra Amir (Maysoon Zayid) talks him down and insists on rehearsing what he’s going to say as the battle moves forward. We hate that she’s defending him, especially when she points out she knows he’s only trying to get Willow, but we do love her tough love style.

As Shiloh goes into a DoD-inspired speech about why he needs to care for Wiley, she calls him out on how ridiculous (and fake) he sounds. She wants him to keep going until she believes what he has to say. She could be sitting around a while… #justsaying. She also shows her awesome by rebuffing Shiloh’s attempts to get her to donate some of the money he’s paying her to DoD. She points out that she’s getting paid very well because of her skills and expertise—and to tell him the hard truth. Good luck converting this one, Shiloh.

Meanwhile, there’s a fight over how to proceed on the other side of things. Julian believes that they should either keep quiet about the truth or run, while Alexis Davis (Nancy Lee Grahn) thinks the only way to possibly keep the kid is by coming forward and saying they believed the father was out of the picture—which would be the truth. She says eventually it’s going to come to a DNA test and Brad Cooper (Parry Shen) freaks out.

‘Bold and the Beautiful’ Spoilers Thursday: Thomas Buys Illegal Drugs To Force the Situation With Hope, Argues “The Only Way To Get Over One Man Is To Get Under Another!”

‘Days of Our Lives’ Spoilers: What Happened To Eric Brady (Greg Vaughan) On DOOL?