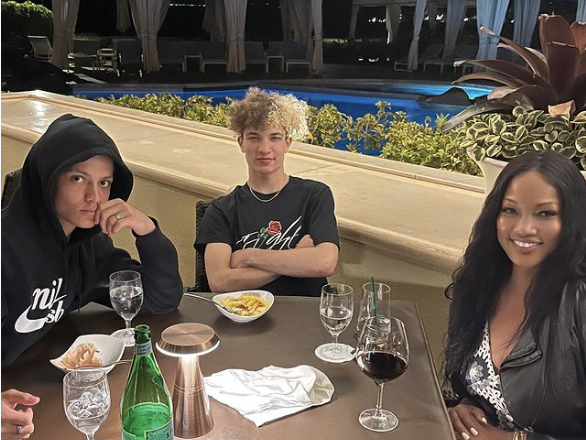 “Real Housewives of Beverly Hills’ star Garcelle Beauvais’ son Jax has hit back at trolls after he received racist comments amid his mother’s feud with Lisa Rinna, Erika Jayne and Diana Jenkins.

The relations between Garcelle’s son and the fan base have been toxic to say the least. This whole drama had initially started when Erika had told Jax to “f**k off’ from his mother’s birthday party.

And as Garcelle had referred to Erika as an alcoholic, that simply escalated things. Meanwhile, Garcelle’s decision to refer to Diana as a “bi**h” for her behaviour at her party did not sit well too. And all of this resulted in fans of the respective housewives taking it out on Jax.

One fan wrote: “Your mom calling Erika [an] alcoholic when your older brother was a drug addict. Pot calling the kettle black,” while another stated: “You’d have your neck kneeled on if it weren’t for your white daddy, [Michael Nilon]. Tell your mom to leave Diana alone or you’ll deal with us.”

All of this resulted in Jax not being able to take it any longer. He responded by releasing his own statement and then turning his Instagram account onto private in order to avoid the criticism. In response, he remarked: “I am still a kid and wish to not be viewed as a fully matured adult.”

Jax’s comments are entirely justifiable for the following reasons. First of all, he is not a member of the housewives franchise. So any criticism, if anything, should be leveled towards Garcelle.

Secondly, the fact that he is 14-years-old makes the whole saga much more worrying. It is one thing for Garcelle to respond to the haters, but it cannot be expected that a 14-year old be doing the same.

Surely something has to be done to prevent similar behaviour like this from happening again.  So there you have it folks. What did you think about this? Let us know your thoughts in the comments section below.